FOR A VERY DIFFERENT aRt 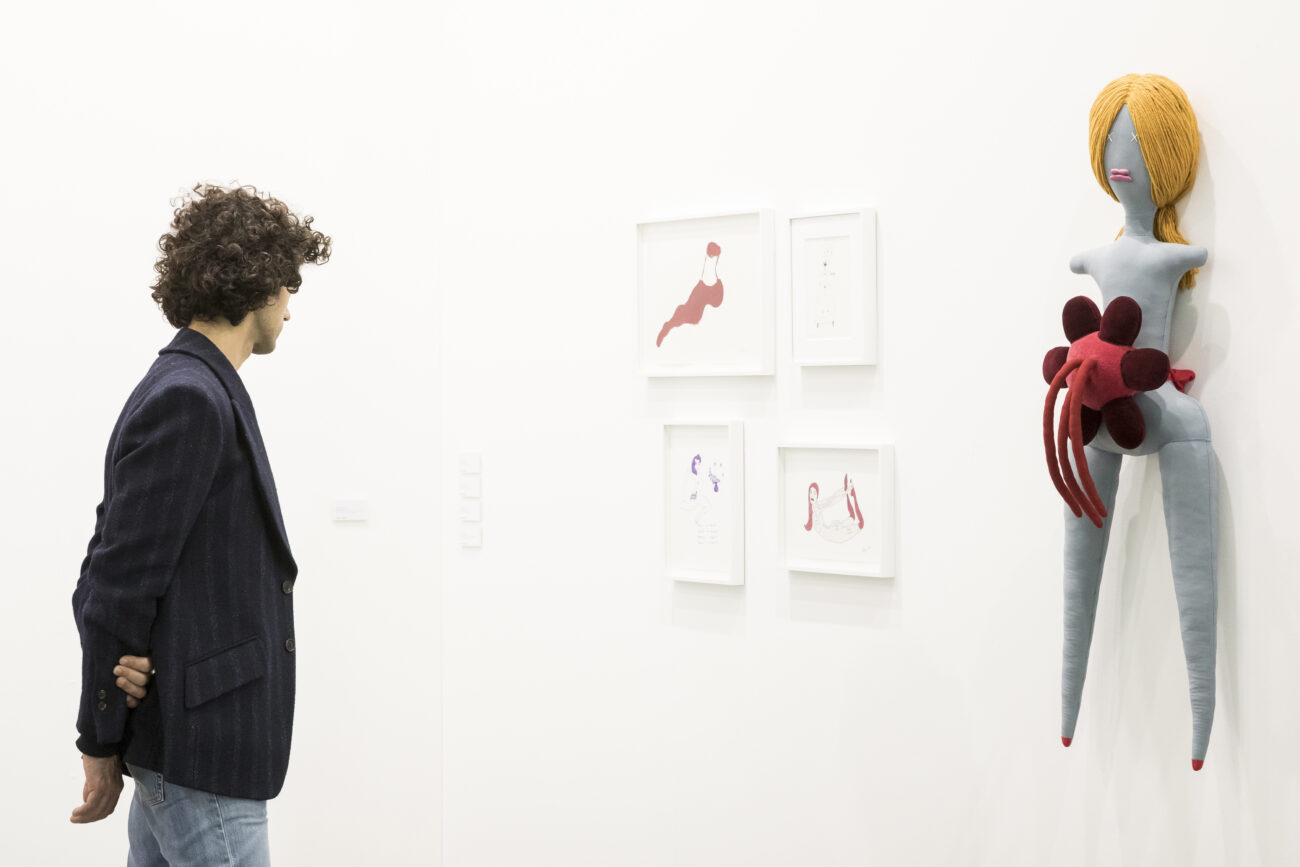 Xiaomi, the Chinese consumer electronics and smartphone giant, has long been active in the world of the creative industry. In recent months, Xiaomi’s commitment to patronage has brought it closer to contemporary art, in a relationship that has resulted in one of the most innovative stands at the 2021 edition of Artissima in Turin, one of the few with a strong digital identity. It is a breath of fresh air in a fair that has historically always been alert to the new languages of contemporary art. For the tech company, the Turin event was an opportunity to present the Sensi Digitali temporary exhibition, created in collaboration with young artists, and to award the HyperCharge Award, a prize dedicated to the under-35s who are best able to express innovation and culture.

Sensi Digitali, as the company itself explains, is “the result of the Xiaomi HyperCharge RestART project that the world’s leading technology company has developed to promote culture as a natural energizer capable of rapidly recharging the mind and spirit”. Sensi Digitali involved Emanuele Cantò, Gaia de Megni Barbieri, Wei Luo, Alex Parrotto, Federico Pellacani, Chiara Smedile and Marika Vitran, seven very young artists, all visual arts students at NABA, chosen directly by the director of the International Contemporary Art Fair Artissima in Turin, Ilaria Bonacossa. Through the enhancement of the pixel – the digital unit of visual perception – placed in relation to the atoms of matter that impress our perceptive capabilities, the exhibition Sensi Digitali. Xiaomi HyperCharge RestArt, highlights innovation in image creation. The young artists have embarked on a research based on the representation of sensory perceptions, floating on the point of contact between dream and reality. The sequence of images and videos produced went from abstract and surreal dreams to realistic environments. The three sections produced were Sense of Dream, Sense of Memory and Sense of Self. The first was geared towards describing synesthesia as a state of perception with a neural basis, where a sensory stimulus or cognitive pathway spontaneously or involuntarily aroused another perception or awareness; the second, in which the digital senses implied the storage of human memory and the filtering of memories, moving in the theatre of the city, understood as the perimeter of real-world civilisation, where reality and technology dialogue; the third, and last, which explored the possibility of self-awareness and the perception of identity, implying a deeper stage of awareness of the human brain as an exploration of the self. Each work was created using Xiaomi devices and their audiovisual capabilities.

Through the HyperCharge Award, on the other hand, Xiaomi also wanted to reward the best artist under 35 present at Artissima. The selection was oriented towards an artist who could communicate the charge that innovation intertwined with culture can instill in contemporary society. The prize was awarded to Gillian Brett, born in Paris in 1990 and now living and working in Marseilles, presented by the C+N Canepaneri gallery in Milan in Genoa.

As Stefano Collicelli Cagol, independent curator and member of the jury, said, the young Parisian artist was awarded “for her ability to re-imagine the use of discarded technological materials, giving them a new dimension, which is both critical and aesthetic. Reassembling broken and damaged screen components, therefore unusable for their initial work, the artist recycles them through an abstract language, recharging them with new meanings. With humour and intelligence, Gillian Brett creates works that refer to the everyday rethought from an ecological and science fiction perspective”.