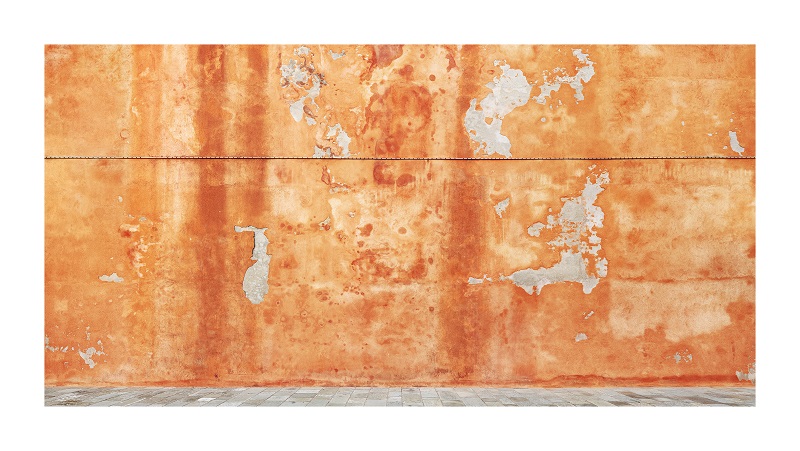 Visions & influences from East and West in harmony with Carlo Scarpa.

The exhibition is a collection of more than thirty images. The selected works are the latest creations by the artist including photographs shot in cities such as China, San Francisco and Miami, as well as forays into his country of residence, Canada, and Europe with particular focus on Berlin and Venice.

Walls that talk and listen Ljubodrag Andric creates large-scale photographs that dominate the entire field of vision, absorbing the viewer. Their visions linger on architectural details devoid of the human figure and are shot frontally, highlighting the metaphysical fixity of the walls and the horizontality of the lines that continue beyond the margins of the image.

The walls Andric presents may be bare, but they are not silent. Abstract and naturalistic elements merge as the colourful backgrounds reminiscent of abstract painterly techniques are abruptly interrupted by details of concrete reality. Slowly we notice patches of damp creating a bloom of discolouration, imperfect layers of cement, cracks reaching across the façade, a resilient tuft of grass, or an incongruously placed door handle.

These urban landscapes absent of any physical human form invite reflective contemplation as the walls are there, but not those who built it or those who lived behind it. Thus they challenge the viewer into engaging with a space inhabited by potential relationships, as we explore new visions and imbue the photographs with personal meaning and value.

The dialogue generated by these images is further extended to include the space in which they are exhibited – the Fondazione Querini Stampalia, an inspiring and celebrated work of the architect Carlo Scarpa.

WHAt WeNT dOWN AT tHE 78TH VeNICE FiLM FESTIVaL

ThE BIg AppLE SPlIT IN TWO