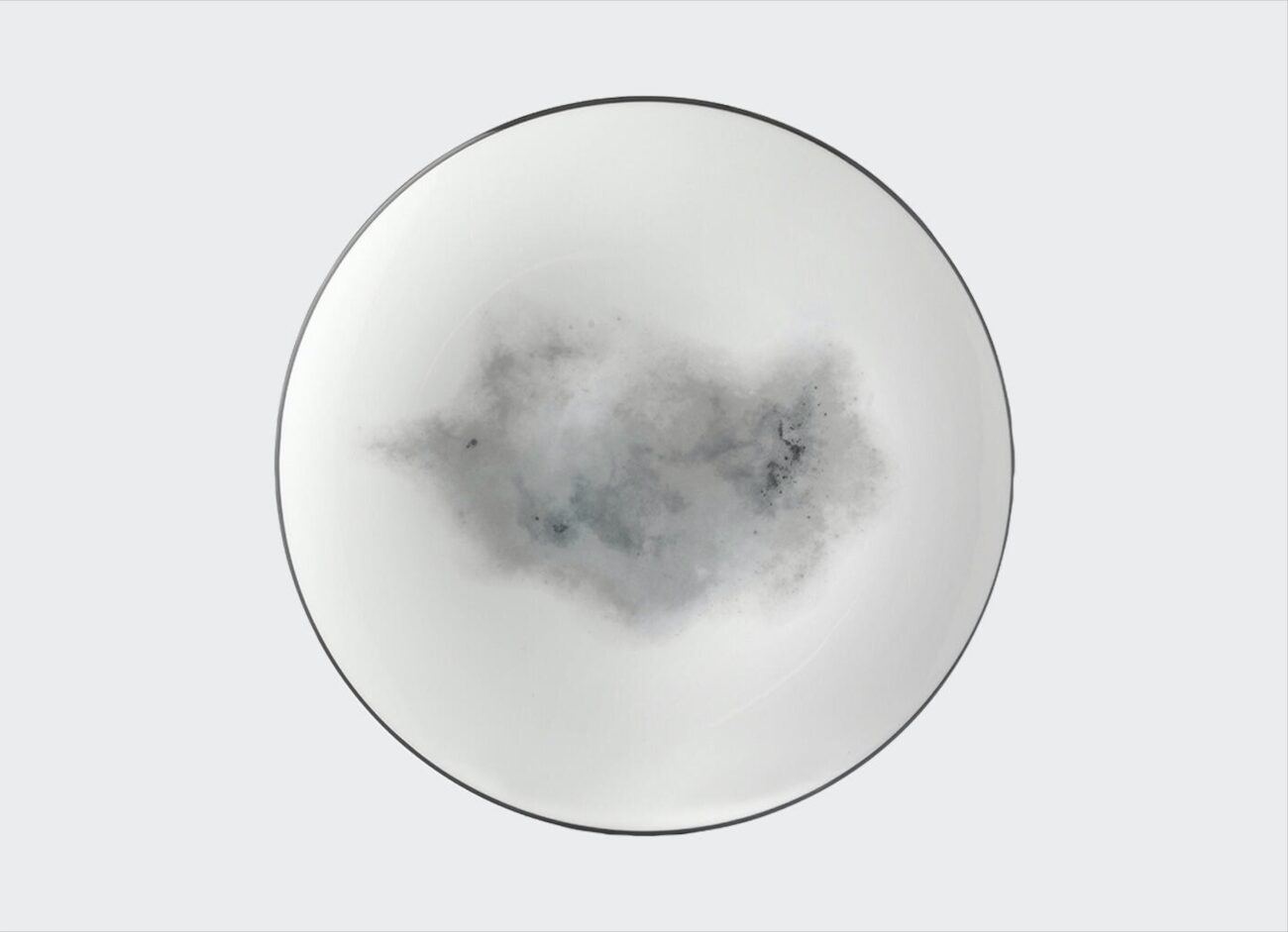 The renowned French designer and the Ginori Manufactory come together for “Ether,” a new exciting collaboration translating the dynamic, floating movements of ballet onto the plates of the Aria Collection

Constance Guissett is a French designer. She founded her studio in 2009, specialising in product design, interior design and scenography. Her work is characterised by a search for balance between ergonomics, delicacy, and imagination. Her objects explore the embodiment of movement through lightness and surprise while defending the need for comfort and hospitality for the body.

Standing out from the crowd thanks to an unmistakable style, Guissett’s creations exude dreamlike poetry, infinite delicacy, and lightness. Best known for her famous ‘Vertigo’ pendant lamp (2010) featuring the shape of an upside-down dancing hat, the young Parisian Constance Guissett quickly became one of the most remarkable designers of her time.

Making a comeback to the international design scene, she has just launched a new collaboration with Ginori 1735, a brand that, since 1735, stands for Italian excellence in the manufacture of fine porcelain. Named Ether, the partnership between the visionary French designer and the Italian label is thought to emphasise the ethereal, the lightness, and the magic of dancing, as she describes in her own words.

“Creating Ether for Ginori was like creating the setting for a ballet,” Guissett explains. “Ether is the setting I imagined for the pieces in the Aria collection. The movement of the graphics seems to evaporate in an interweaving of light and shadow that makes the dishes a frame on which the chefs can play.” Interpreting the essence of dance from a design perspective is something that isn’t new to the designer; as a matter of fact, Guisset had already designed the set for the ballet Winterreise (Winter Journey) by choreographer Angelin Preljocaj. A performance that was also staged at La Scala in Milan last winter.

For her, the plate becomes a canvas where to draw irregular shapes, with shades ranging from black to blue, and intertwine full and empty spaces, lights, and shadows evoking a light and impalpable breath of air. An impalpable, poetic decoration that gives an airy, vaporous touch to the pieces of the Aria collection by Ginori 1735.

Ether consists of seven different elements characterised by incredible versatility. Each piece can be turned upside down, stacked, and joined with the other elements of the collection to create different combinations that meet the needs of modern catering.The Guisset-Ginori line reveals an invisible flow of air, a breath of ash adding movement and lightness to the surface of the dish.

The dominant colour of Ether is black, a tone which, thanks to its neutrality, can be combined with all shades. Combined with emptiness and light, black also gives depth to the plate to accommodate different creations.

Like all Ginori 1735 collections, Ether was hand-decorated in the historic Sesto Fiorentino factory. This collection is a “combination of movement, lightness, and innovation” and was developed with a new porcelain formulation, Hyper*P, a porcelain with an innovative formulation finally released from the laboratories of the Florentine Maison after more than 2 years of research.

High-performance and shock-resistant, Hyper*P is ideal for use in catering while retaining all its valuable features. This masterpiece of dry elegance is so successful that it has already granted Richard Ginori an international award, namely the Tableware International Award of Excellence 2021 in the new “Innovation” category.