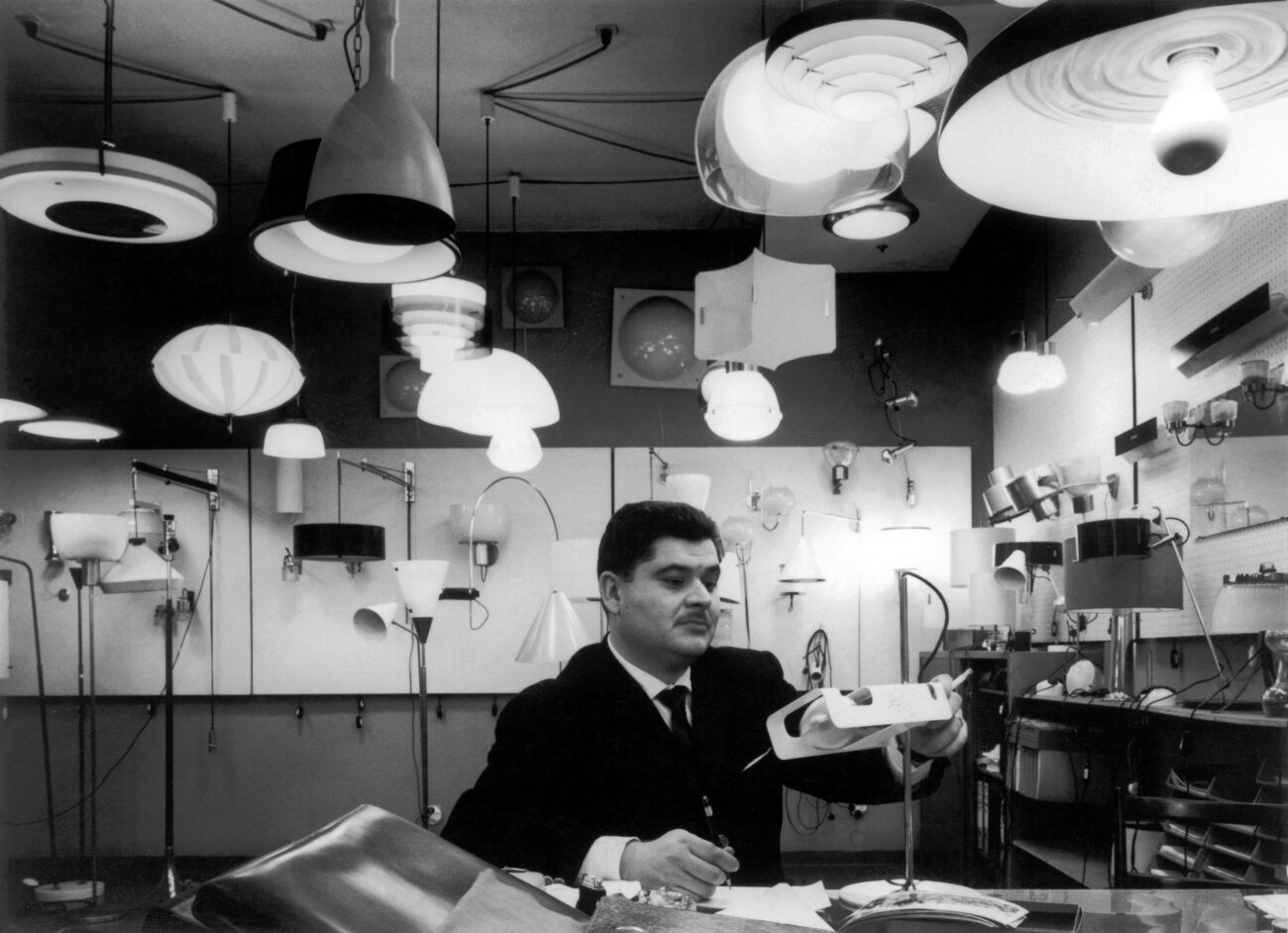 On the occasion of the Milan Design Week 2022, the GAM Galleria d’Arte Moderna in Milan presents “Dear Joe Colombo, you taught us the future” curated by Ignazia Favata. On view from May 24 to September 4, the exhibition is dedicated to the Italian industrial designer, focusing on his extensive oeuvre, as well as his constant progress and interest in new forms and ideas

“So, designers will no longer just draw with a pencil, they will create in partnership with technicians, scientists, professors and doctors and, in the fairly near future, even electronic brains.” Joe Colombo

Joe Colombo (1930-1971) is one of the most emblematic Italian designers of the 20th Century. Known by many as the ‘prophet of design’, he is famous for creating designs on the cusp between artistic and industrial, and for the modularity and the functionality of his furniture pieces. GAM Galleria d’Arte Moderna exhibits original prototypes, sketches, models, and photos, tracing the rapid development of Colombo’s brief life and conveying a powerful impression of his immense productivity.

The itinerary starts with the designer’sfirst experiences of the Fifties when he joined Movimento Nucleare — an avant-garde art movement founded by Enrico Baj and Sergio Dangelo. The display, in fact, includes Colombo’s cross-section of the nuclear city (1952) in which we can see a futuristic residential development with multiple underground layers used for transportation, warehouse, retail functions, and other services.

Giving insight into Joe Colombo’s personal life, the exhibition also narrates how the death of his father and his involvement in the family business led him to abandon the artistic world. The experience proved to be crucial for the designer, who got the chance to become acquainted with new construction and production techniques, as well as new plastic materials. After a few years, he sold the family business and opened his first studio in Milan, fully devoting himself to industrial design and mass production. Colombo’s career as a designer began around 1962, and within just a few years, he created many of his most well-known designs. He also began a series of productive collaborations with important firms like Kartell, Zanotta, Stilnovo, Alessi and Rosenthal, with most of his designs still being produced to the present day.

The exhibition goes on to reveal Colombo’s experiences in the Sixties, opening with 1964, when he was awarded the In-Arch prize for the methacrylate false ceiling in the Continental Hotel in Platamona in Sardinia. In addition, it also presents the design of his first Acrylic lamp for O-Luce with which he won the gold medal at the XIII Triennale di Milano.

Colombo’s ability to abstract developed in the first years of his activity and his subsequent concreteness developed during the period when he was involved with his father’s company. Both skills and characteristics led him to propose objects with new shapes and materials, and innovative concepts reflecting on the life of the future. His ability to break free from architectural contexts, his transformable imagination, together with his passion for mechanics and studies of ergonomics and psychology, led him to create radically innovative projects such as the Programmable System for Living, multifunctional monoblocks, the MiniKitchen for Boffi, and Box 1 for La Linea. His innovative works also include the design proposal Habitat Futuribili Visiona 1 for Bayer, the Total Furnishing Unit for MOMA, or his own house in Via Argelati, Milan.

MovING in SpACe wIthOut AskiNG PeRmiSSioN