ThE ArT of THe FAkE 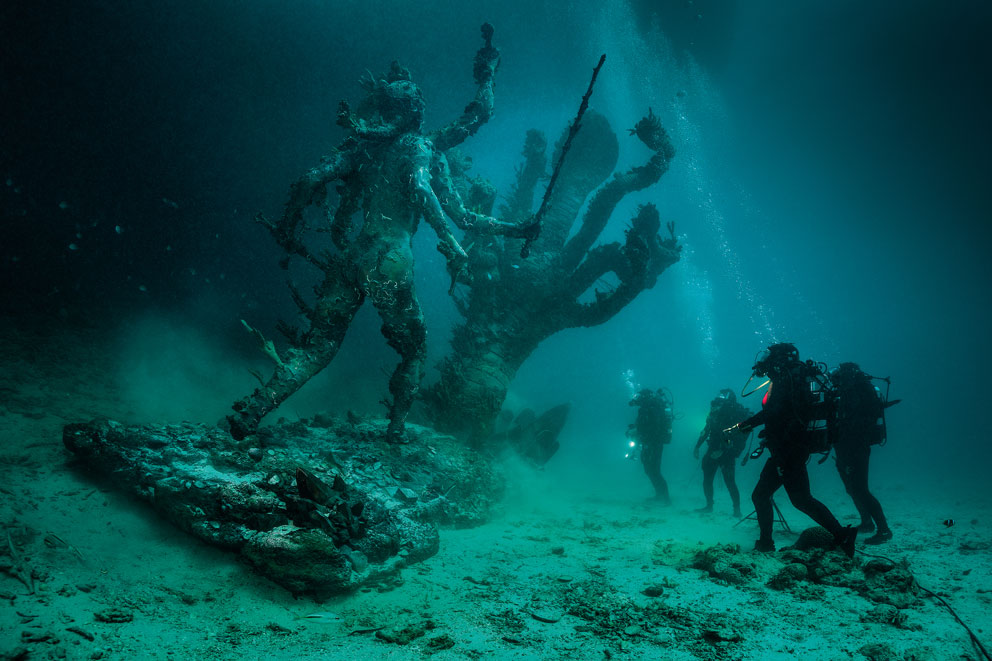 It’s not news that the art world is full of fake. Just by typing the word “reproductions” on Google you get a list of numerous sites specialized in ad hoc reproductions. For only 80 euros, or so, you can take home a Canaletto, a Klimt and why not, also a Caravaggio. But it would be impossible to sell them at a Sotheby’s auction. But actually, with minimum effort, the result could be exceptional. Richard Prince, that made and art of ready-made or even illicit appropriation, knows that very well. The American artist in the 70es started to photograph images published on glossy, pretending that they were his work not caring about copyright.
So as in 2005 makes a fortune in an auction at Christies with an artwork of Sam Abel – the work was sold for a $1 million- in 2014 he does it with stolen photographs from Instagram.

Damien Hirst, with Treasures from the Wreck of the Unbelievable now in Venice at Punta della Dogana and Palazzo Grassi, is having the same kind of success. The exhibition, part of the 57th Biennale, is i one of the most anticipated of the current edition. It opened on april and will close on December 3rd and it is the first of the most important element of the Young British Artists in ten years and, according to Hirst, it consists of 189 works recovered from the depths of the sea. Actually the sculptures, accompanied by videos of illustrators this staging, were made from the same Hirst and his collaborators mixing antique and contemporary materials. It’s a metaphor. Although Hirst criticize the art world wants (his world) offering reproductions does it while appropriating an idea that isn’t his.
If you have never heard of Jason deCaires Taylor take a tour on the internet and perhaps the concept of imitation, or if you prefer ready-made, you will be much more clear. Decaires Taylor, English sculptor and diving instructor, has been working under the sea for 11 years. His sculptures have been mentioned by National Geographic as one of the 25 wonders of the world. His first work, The Lost Correspondent, was exhibited in the Caribbean in 2006, where today is the first underwater Museum.

Other 400 works, however, are part of the Museum of Underwater Art, opened in 2010 in the Caribbean Sea off the Eastern State of Quintana Roo in Mexico, that is the largest collection of contemporary sculpture from around the world with over 400 works in concrete. The works, however, aren’t harmful to the environment, indeed placed in the seas coinciding with the coral spawning, are used to assist in the formation of marine microorganisms and the formation of the reef. Much beneficial as needed: to design them Jason deCaires Taylor had to get support from expert biologists.
To make a long story short: if it is true that Hirst said that “it’s all in what you believe” referring to his immense Venice exhibition, stating clearly that the exhibits are not from any submerged vessel, it is true that the sculptures don’t seem to be totally his own work.
Of course it is not sure if the artist of the YBAs has ever taken part in an expedition in the Caribbean or off the coast of Cancun, but it is true that through internet, few news are unattainable. Not these «treasures plunged into the sea» as DeCaires Taylor called them.

WIll THE FIRefLIES COME back?

DIvE INtO RENAISSAnCE ARt THROUgH THE FeMALE GAzE