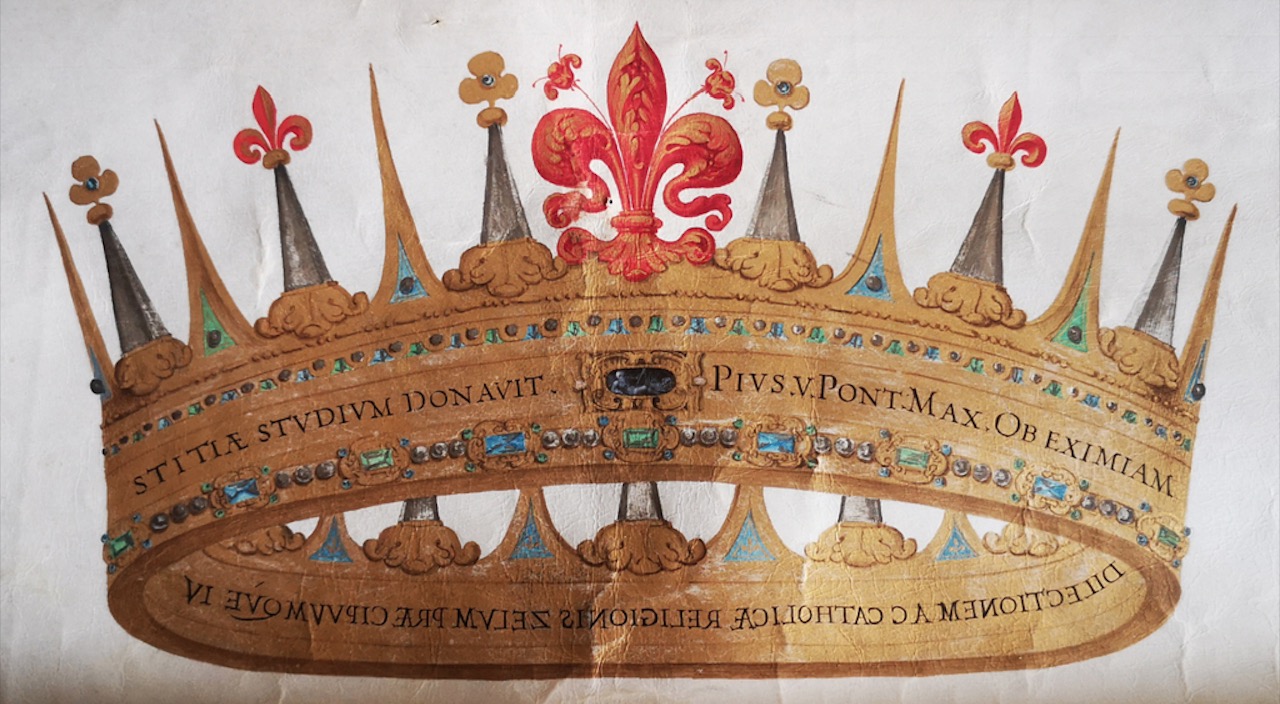 The Medici family has landed in New York with the exhibition that opened the Metropolitan Museum of Art’s new season on 21 June.
“The Medici. Portraits and Politics. 1512-1570” will focuses on the power and patronage of the powerful Florentine family and will bringing overseas works by Raphael, Pontormo, Cellini, Titian, Sebastiano del Piombo, Francesco Salviati, Bronzino and many other artists of the Renaissance period

This exhibition presents some of the key figures of the Medici dynasty, protagonists of a political game played from Rome, where members of the family occupied positions of power in the Catholic Church. Giovanni was elected Pope Leo X in 1513, and two years after his death, another Medici, Cardinal Giulio, became Pope as Clement VII (1523-34). In 1532 Alessandro de’ Medici – the alleged illegitimate son of Lorenzo, Duke of Urbino, but believed by detractors to have been fathered by Clement – became the first Duke of Florence.

The seventeen-year-old Cosimo was not the obvious choice to succeed Duke Alessandro de’ Medici, who was assassinated (by his cousin) in 1537. But there were few alternatives, and his lineage was not inconsequential: his mother was the granddaughter of Lorenzo the Magnificent and his father a military hero.

Some members of the government thought the young, untried Cosimo could be bent to their will. Instead, he seized power and defeated his opponents, employing the time-honored punishments of exile, imprisonment, and execution. His objective was to create a strong state, albeit one subservient to the Holy Roman Emperor.

Key to Cosimo’s success was his marriage in 1539 to Eleonora di Toledo, daughter of a Spanish viceroy with ties to Emperor Charles V. Considered an ideal consort, she was pious, bore eleven children, and served as regent during Cosimo’s absences. She was also a major—and demanding—patron of the arts.

Portraits of the ducal family were intended to project power, assert the continuity of the dynasty, and convey cultural refinement. Bronzino’s iconic images were replicated and given as diplomatic gifts to other rulers—part of Cosimo’s project to claim his place in the European scene.

Poetry readings and critical analysis were a central practice at the Accademia Fiorentina, a prestigious literary institution sponsored by Duke Cosimo to promote his cultural agenda. At the deepest level, Florentine portraits emulate the modality of poetry, employing metaphor and artifice. Many of the sitters in this gallery were probably members of the Accademia.

Cosimo’s shrewd rule over his newly created duchy elevated Florence to a position of cultural preeminence. The sophisticated style practiced by its artists was acclaimed as the maniera moderna, or “modern manner.” The duke implemented an ambitious program that established the state of Tuscany as a “soft power.” This politics of culture encompassed not only the painted and sculpted portraits of Cosimo and his family, but also civic monuments and architecture that transformed Florence into a ducal capital.

Cosimo relentlessly crafted the image of his duchy as the epicenter of a cultural revival. His project was ideological, too, resulting in one of the most resilient narratives of Western history—that of the Renaissance, with Florence as its epicenter, a construct laid out in Giorgio Vasari’s two editions of the Lives of the Artists, dedicated to Cosimo.

In this profoundly literary culture, artists embraced allegory and metaphor to transform the basic task of portrayal into a poetic conceit. This is especially true of what have been described as “disguised portraits,” in which the sitter is presented in the guise of a mythological or sacred figure.

In the 1540s Francesco Salviati and Bronzino, along with Pontormo, were the dominant painters in Florence. At Cosimo’s behest, Bronzino and Salviati worked concurrently in the Palazzo Vecchio—the seat of the old republic that the duke, in a calculated act of appropriation, transformed into his residence.

Stylistically, the work of the two artists remained worlds apart. Bronzino’s portraits display a naturalism tempered by artifice and informed by an ideal of beauty deeply indebted to Michelangelo. By contrast, Salviati’s are animated by a cosmopolitan pictorial language derived from Venetian art, Parmigianino, and Raphael. His fame was Roman-based, not Florentine. Vasari praised Salviati as the master of the bella maniera, or “beautiful manner.” The extravagance of his style is far removed from the sober elegance that characterizes Bronzino’s work.

This gallery provides a unique opportunity to compare the qualities of these equally gifted artists, both as painters and as draftsmen; to gauge their responses to each other’s work; and to sort out some debated attributions. The exhibition concludes with the juxtaposition of two surpassing masterpieces: Salviati’s painted and Cellini’s bronze portrait of the Florentine banker Bindo Altoviti, who remained one of the most significant opponents to Cosimo’s rule.

Cosimo I’s propaganda aims also extended to the field of luxury, through clothes and jewellery, as an ostentation of a status symbol that functioned as a social marker intended to elevate his great figure.

Drawing in the Papal Bull of Pius V of 24 August 1569, Florence State Archives

Whatever Happened to Camp: a talk with Bruce LaBruce