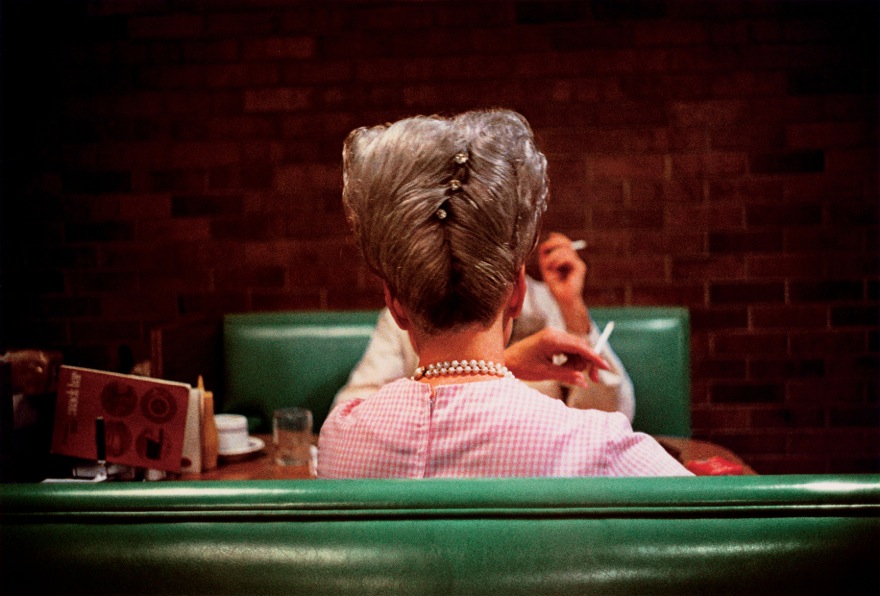 The American photographer William Eggleston (1939, Memphis Tennessee, US) is widely considered one of the leading photographers of the past decades. He has been a pioneer of colour photography from the mid-1960s onwards, and transformed everyday America into a photogenic subject. In William Eggleston – Los Alamos, Foam displays his portfolio of photographs that were taken on various road trips through the southern states of America between 1966 and 1974. The exhibition includes a number of iconic images, amongst which Eggleston’s first colour photograph.

Los Alamos starts in Eggleston’s home town of Memphis and the Mississippi Delta and continues to follow his wanderings through New Orleans, Las Vegas and south California, ending at Santa Monica Pier. During a road trip with writer and curator William Hopps, Eggleston also passed through Los Alamos, the place in New Mexico where the nuclear bomb was developed in secret and to which the series owes its name.

The over 2200 images made for Los Alamos were originally intended to be published in parts, but were forgotten over the years. The photographs were rediscovered almost 40 years after the project started. They were published and exhibited for the first time in 2003. The vibrant photographs of traffic signs, run-down buildings and diner interiors distinctly betray the hand of the wayward autodidact. His early work evidences his penchant for the seemingly trivial: before the lens of Eggleston’s ‘democratic camera’, everything becomes equally important.

Eggleston began Los Alamos ten years before his contested solo exhibition at MoMA in 1976, which placed colour photography on the map as a serious art form. At the time, colour photography in the fine arts was regarded as frivolous, or even vulgar. It earned Eggleston the scorn of many. However, this did not stop him from experimenting with the no longer used dye-transfer process, a labour-intensive and expensive technique that was mainly used in advertising photography. The process allowed the photographer to control the colour saturation and achieve an unparalleled nuance in tonality; a quality that also characterizes the 75 dye-transfer prints exhibited at Foam.

A liFe bEhINd the caMEra

LOoKS ON ThE NEW WORlD