DAy Of ThE TEnTACLE 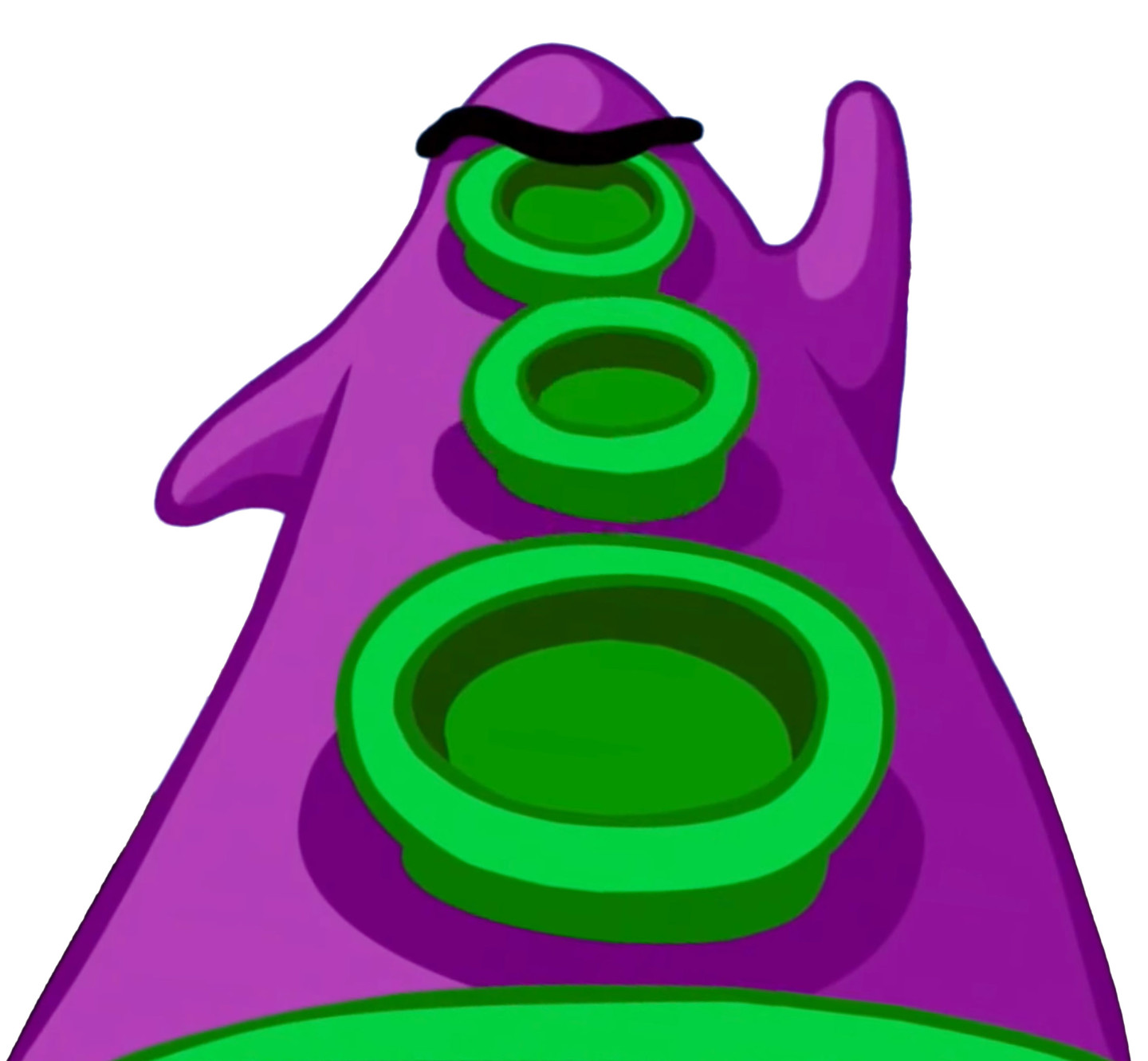 With an operation that many would call nostalgic, old but still beautiful games crafted by LucasArts in the ’90 are slowly coming back to life as they are being redrawn to be played on our 21st century hi-definition screen. After the two beloved Monkey Island adventures that have been re-made by LucasArts some years ago for iOS and other platform, now it’s the time for “The day of the Tentacle”, an astonishing and untarnished game that Tim Schafer’s Double Fine Production brought back to life for the joy of our eyes and spirit. The game still maintains its original playability and hasn’t been spoiled with a modernized interface, so the atmosphere of the original gameplay is retained even if some small useful changes have been made. For the people who aren’t familiar with LucasArts’s point and click games, one can say that the ancestor of “Day of the Tentacle”, “Maniac Manson”, crated by Aric Wilmunder, Chip Morningstar and Ron Gilbert in 1987, revolutionised a genre (the graphic adventure with the very frustrating  guess syntax) creating a new type of game: the point and click graphic adventure. To achieve this result Ron Gilbert, created the SCUMM ( acronym of Script Creation Utility for Maniac Mansion) a tailored computer engine that is used in many latter graphic adventures designed by Lucas.

“Originally released by LucasArts in 1993, “Day of the Tentacle” is a mind-bending, time travel, cartoon puzzle adventure game in which three unlikely friends work together to prevent an evil mutated purple tentacle from taking over the world! Now, over twenty years later, Day of the Tentacle is back in a remastered edition that features all new hand-drawn, high-resolution artwork, with remastered audio, music and sound effects (which the original 90s marketing blurb described as ‘zany!’)”

If you have never played a point and click game, this is a good starting point. The game is hilarious and intelligent with some pretty complicated puzzle to resolve in Schafer/Grossman’s eccentric and creative salsa. At the beginning it can be a bit discouraging, some puzzles are hard but don’t give up, you will be rewarded with hours of fun!

Watch the making of