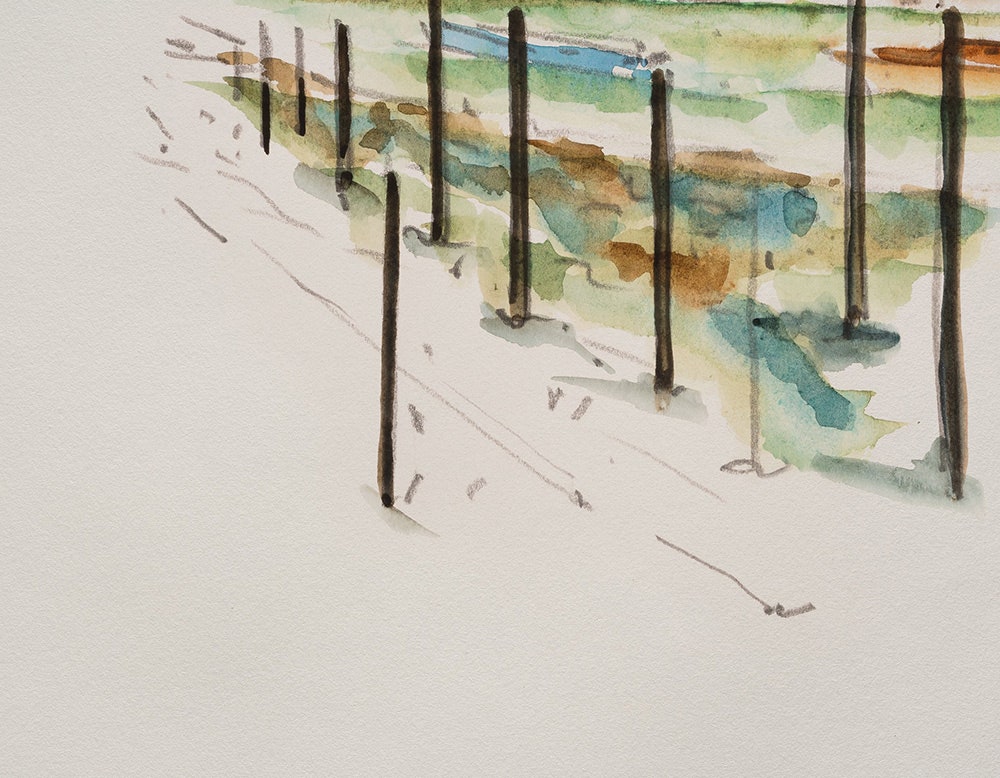 Venice is 1600 years old and the spirit of mademoiselle Coco Chanel is brought back to life in the form of a winged lion, the so-called Leone Marciano, through a symbolic collection of high jewelry and a brand-new fragrance paying homage to Italy’s most romantic city

25 March, 421 is the date commonly recognised as the foundation day of the city of Venice, as testified by both the manuscript source of the Chronicon Altinate and Marin Sanudo. Describing the great fire that took over Rialto in 1514 in his diaries, he wrote: “The only church that survived the fire was that of San Giacomo di Rialto (Saint James of Rialto), which was the first church that was built in Venice on March 25, 421, as the chronicles read.”

The transalpine house also pays homage to the lagoon with its “Escale à Venise.” “Escale à Venise is the contemporary vision Gabrielle Chanel might have had of this city, which she discovered in 1920, after the accidental death of her great love, Boy Capel,” explains Patrice Leguéreau, Director of the Chanel Jewelry Creation Studio. “This stop is a walk along the canals, along alleys lined with secret palaces, where the soul of the places is hidden. I wanted the city to be immediately identifiable. It was essential that each piece of jewellery referred to one or more Venetian elements, I wanted that connection to be immediate. Gabrielle Chanel only appears implicitly.”

Venice became a refuge for Coco after her great sorrow, the loss of her beloved Arthur Boy Capel, who died in a car accident at the age of 38. Mademoiselle left Paris, crossed the French borders, and landed in the lagoon in August 1920. For her, this was a place of rebirth, a city of mysteries and wonders that saved her from despair. The designer was literally captivated by the city’s canals, its Byzantine architecture, and enchanting Baroque atmosphere.

This collection features 70 high jewellery creations, 22 of which are unique pieces. There are also 4 limited edition brooches of five pieces each and 5 high jewellery watches. To express the colours of Venice and the magic of the city, the Maison Chanel has used fine and hard stones, such as red spinels, fire opals, carnelian, lapis lazuli, chrysoprase, tsavoritàe garnets, mandarins, nephrite jade, blue and yellow sapphires, emeralds, and rubies, and opals, all tackling a specific theme, as in Chanel’s tradition.

The symbols featured in the collection are many. The lion represents courage and strength, two values perfectly embodied by the city of Venice which, from the 5th century until its annexation to the Austro-Hungarian Empire, was a powerful and independent maritime republic. As the emblem of the city, the lion is everywhere in Venice. Not many know that the lion was also a constant in Gabrielle Chanel’s life, as she was born under the zodiac sign of Leo on 19 August 1883. This symbol therefore acts as a very personal link between Mademoiselle Chanel and the city itself. “August 19 is my birthday: I was born under the sign of Leo, I am a Leo and, as such, I use my claws to prevent people from hurting me, but, believe me, I suffer more from scratching than from being scratched,” she once said in Pierre Galante, Les Années Chanel, Mercure de France, 1972, p. 322.

The Escale à Venise collection is divided into four main chapters, each one exploring a specific theme.

This group of jewellery, the Eblouissante parure, recalls the dreamy architecture of Venice through its geometric lines and compositions. In a mix of Baroque and Byzantine styles, the Eblouissante jewellery transports us to aristocratic residences and golden mosaics in St Mark’s Basilica. The design references to the Greek cross are also quite powerful.

This chapter is dedicated to the Grand Canal, the gondolas, and their gondoliers. The jewellery recalls the typical hats of the gondoliers, the twisting white and red of the gondolas’ moorings and their black keels, the blue of the water and the yellow of the ropes.

Chapter Three: Islands of the Lagoon

This chapter is divided into three sections linked by a keyword: camellia. The camellia is Chanel’s floral symbol, a motif that is always present in all collections, from fashion to accessories, make-up, and jewellery. Here in Escale à Venise, the camellia is interpreted according to three inspirations: Baroque, Byzantine, and Venetian.

Byzantine Camellia:The ‘Byzantine Camellia’ set brings back the rich and colourful shades of the mosaics of the Basilica of San Marco and the island of Torcello: red, deep red, green, and gold. The setting of the gems resemble that of a mosaic composition.

Venetian Camellia: Finally, the ‘Venetian Camellia’ draws inspiration from the Venetian mirrors that Gabrielle Chanel had in her flat to recreate the baroque atmosphere of the city. With their antiqued gold and floral decorations, these mirrors transfer their grace into jewellery that tells a story of opulent refinement. These bejewelled flowers are a touching tribute to the famous Murano glassworks.

The spirit of Venice

Last but not least, the ‘spirit of Venice’ can only be represented by the lion itself. When entering the city from the sea, you can see the lion of Venice slowly revealing itself at the top of the column in St Mark’s Square. All of the sudden, your gaze is caught by the sky and the fabulous decorations on the façade of St Mark’s Basilica. The blue and gold of these decorations guided the hands of Chanel’s designers to compose the Constellation Astrale set.  Here, yet another one of Madame Coco’s symbols shines through, namely the star. Chanel was superstitious, she believed in her “good star,” which she designed by pinning its ends together.

Lion Emblématique and Lion Secret are two sets of the collection having the lion as their main protagonist.

Had she been an animal, Coco Chanel would have certainly been a lion. In fact, this symbol accompanied her throughout her life. She loved to quote it everywhere: imprinted on the buttons of her tweed jackets which, together with her beloved sheath dress, two-tone shoes, and pearls, revolutionised the codes of femininity; as a clasp on her handbags, the emblem of a new free and modern gesture; and even as an ornament in her flat at 31 Rue Cambon where, not caring about having to match styles and eras to perfection, she paired specimens in wood, silver, bronze, and alabaster with large mirrors, chandeliers with tassels, and no fewer than eight Chinese screens in Coromandel lacquer.

Under the sign of Leo: Chanel’s new fragrance was written in the stars

Present in heraldry, sacred iconography and various logos, the image of the lion has always been a symbol of majestic power. Its opulent mane, its jaws wide open in a roar, communicate braveheart qualities: pride, challenge, and courage. For a personality of indomitable temperament like Gabrielle Chanel, born on 19 August 1883 in the sign of Leo, the fifth of the Zodiac – and 5 is her lucky number – it was inevitable that the king of the savannah would become her totem animal. Chanel was struck by this animal during a holiday in Venice: along with the Byzantine splendors, precious mosaics, and glittering gold decorations in the fairy-tale Serenissima, which were to have such an influence on her passion for jewellery and bijoux, the sculptural presence of the Lion of St. Mark entered Mademoiselle’s style forever. An emblem, but also a protective talisman: lion shapes recurred in the art objects that filled her refined flat in Rue Cambon, Paris, and then resurfaced in fashion creations as ornaments: engraved buttons on suits, a coat of arms on the fastenings of bags, prints on magnificent carrés. In time, they became an iconic motif in Chanel’s Haute Joaillerie.

All that was missing was the perfume: and now here it is in the brand’s Olympus, completing the Les Exclusifs de Chanel collection, a series of Eaux de Parfum with rare and precious components, true “quintessences” of the Maison’s style. To create Le Lion de Chanel, nose Olivier Polge has chosen the powerful sensuality of oriental fragrances: at the heart of the bouquet, a resin with animal notes, specially developed to orchestrate the composition in a concert of ambery, velvety scents, with touches of vanilla and sandalwood that soften any sauvage aftertaste in an aura of radiant elegance.