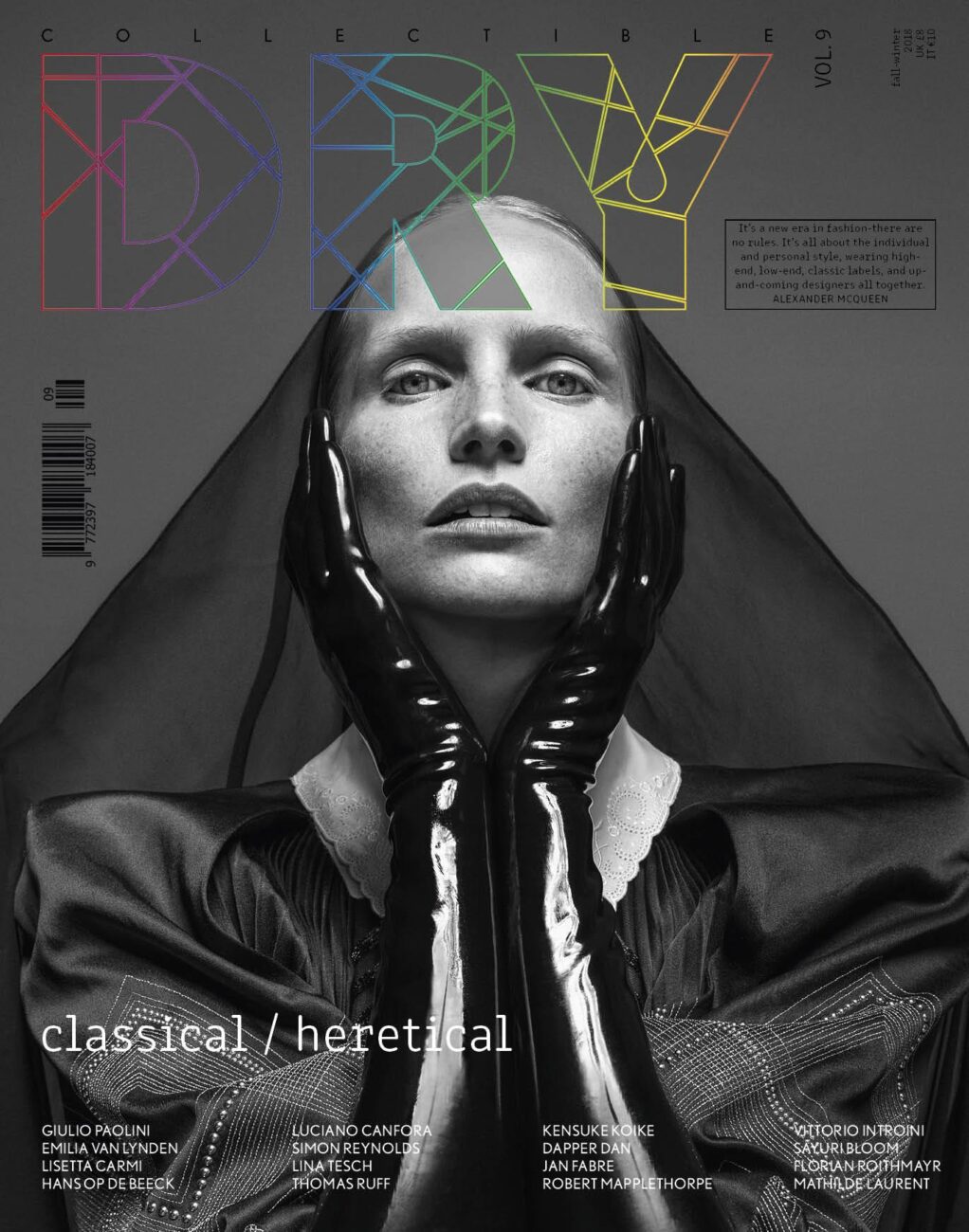 Take a look at the issue 9 extract

In this day and age, talking about the classical carries a certain level of responsibility. Whether we like it or not, the classical often wins out over the new. Why? Because it’s reassuring. It provides the guarantee of what’s already been experienced, already inhabited. It boasts the shared values of authority and continuity. And it embodies the beautiful, as the concept is generally understood. Yet the classical is also cumbersome. It’s heavy precisely due to the values that characterize it.

So what can be considered classical today? Given that it is not a rigid category, it can be accommodated, sometimes quite easily. What was avant-garde or extremist until the day before can become classical. And consequently, that which is truly classical can appear revolutionary. In a word: heretical.

The heresy of the classical is exactly what today, even though it is an actual category, escapes our grasp. Therefore what could be better than to seek the advice one of the world’s greatest experts on the classical? The philologist, historian and essayist Luciano Canfora, questioned by artists, has gifted us his own extraordinary point of view. Painter and sculptor Giulio Paolini, a master of the conceptual avant-garde, has repeatedly emphasized his intimate relationship with art history. Paolini’s poetics are rife with literary references and mythological mentions: a self-reflexive mediation on the dimension of art, on its timeless “classicalness” and perspective devoid of vanishing points. As a young photographer, Lisetta Carmi had the courage to address the human condition in its desperate need for affirmation. Her black and white portraits of transvestites in Genoa have become classical within a volume that is now almost impossible to find, and in this issue she shares with us shots that are even more cruelly realistic and lyrical, in colors washed out by time. Robert Mapplethorpe, the beauty of counterculture and Thomas Ruff, the beauty of the human face. Kensuke Koike, a voyage into memory revisited through gestures that appear casual, but are in reality carefully measured and bring to light the hidden meanings in the vintage images Koike crops and recomposes. Jan Fabre, a champion of total art, shares his vision of a constant, transgressive comparison between classical and contemporary. Matteo Guarnaccia, agit-prop and historian of counterculture, has given us delicious maxims through his artwork… How simple and rewarding it was to transgress, back when there were rules to be broken! Human nature cannot do without harmony, the perfect equilibrium of a golden mean that pervades every aspect of our lives.
In the world of fashion Dapper Dan has returned, reedited like a classic in a unisex collection that has already developed a cult following. Black is always a certainty, today acceptable both day and night, and romantic, some like it dark. The space New Age is celebrated with silvery, glittery vestments. Granny style? It’s never been more desirable than it is today. From Tokyo, where the most extreme fashions are born and rise, a new restoration has arrived: young people dressed in Scottish college outfits, couture reds, impeccable whites… So, long live the classical.
And if we must draw inspiration from the great thinkers of the past, Luciano Canfora tells us that “Gli antichi ci riguardano” (The ancients are still relevant today), the title of his latest book. This because they are dramatic and non-consolatory, except in the holographic vision they were given once upon a time. One example: all of ancient society was based on the relationship freedom-enslavement. Today, in an extraordinary manner, this phenomenon appears on the world scale in the most diverse of forms. It has come roaring back in even the wealthiest Western societies, while in the ex-colonial world, it never left. Seneca’s letters addressing this issue have an incredibly powerful contemporary value. They help us understand how this philosopher approached the problem of the impossibility of demonstrating the difference between freedom and slavery. And the conflict between ethics and politics that is woven throughout the entire history of thought, from Socrates to the present day: can a politician pursuing lofty goals commit actions that are, when taken alone, correctly considered immoral? Modern thought, and classical thought as well, struggles with the concept, or idea, of moral responsisbility. But there is not now, and perhaps never was, any one quick, simple answer.

It’s a new era in fashion-there are no rules. It’s all about the individual and personal style, wearing high-end, low-end, classic labels, and up-and-coming designers all togheter. ALEXANDER MCQUEEN

Treat yourself by going out habillée de luxe but with a clean face, where only the light slipping through the features de nes the contours. With the naked beauty of a perfect skin. So the beauty maintenance of Skin Caviar Luxe Cream, the legendary La Prairie treatment cream with the mission to smooth, li and tone the skin, prolonging its youth and splendor. Now more than ever, thanks to Caviar Premier, the biotechnological innovation of the Swiss laboratories that enriches the exclusive Caviar Extract of the original formula with the new Caviar Mimetic, a newly accessible pool of integral substances: the whole forms a concentration of vitality with the extraordinary potential, a “super-caviar” with the magical restitutive energy leaving the skin compact, refreshed, radiant. Skin Caviar Luxe Cream, in the classic cobalt blue vase, is also in Sheer version; by day, for those who don’t want to give up a base, Essence-In-Foundation spf 25 / PA +++. All by La Prairie

-In USA/WORLDWIDE it will be out mid NOVEMBER-