a MACHINE FOR mODERN dREAMERS 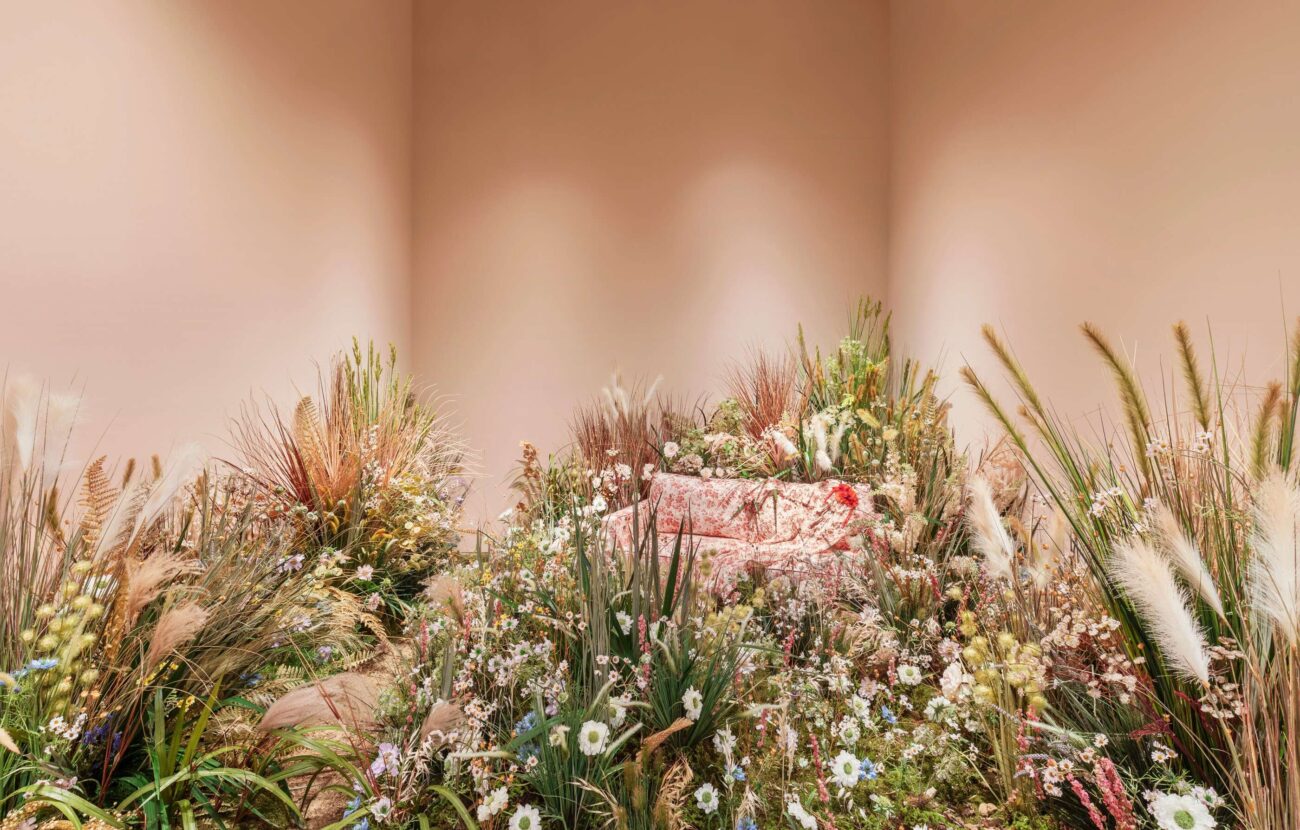 This year it is time for Gucci to celebrate its 100th anniversary. For the occasion, Alessandro Michele, the creative director of the historical Florentine maison, gifted us with a glimpse of his creativity. In fact, at the Gucci Garden in Piazza della Signoria, in Florence, you can visit the temporary exhibition Gucci Garden Archetypes, an immersive multisensorial experience which introduces us to the dreamlike world of the brand.

The exhibition is curated by Alessando Michele himself, who decided to look back at some iconic moments from his six years as creative director of the brand. Fifteen Gucci advertising campaigns come back to life in a kaleidoscopic reality, where all the senses are equally involved. “I thought it would be interesting to accompany people on this first six years of my journey, inviting them to take a walk through the imaginary, the narrative, the unexpected, the twist, the shimmer. I created a playground of emotions that are the same as the advertising campaigns because they are the most explicit account of my vision”, Michele said.

The result is a succession of spaces recreating the scenarios and the visual inspirations that animated the collections. We move seamlessly from the Paris of the French May to a cyber-punk Tokyo, from a bathroom in a 1980s Berlin nightclub, as in the S/S 2016 campaign, to a glamorous Los Angeles underground wagon, which recalls the F/W 2015 collection. Alessandro Michele’s omnivorous creativity is capable of bringing together a Harmony Korine‘s short film, made for the Pre-Fall 2019 collection, with surrealist-inspired semi-mobile mechanical mannequins, like the one referring to the 2020 S/S advertising campaign. A room is dedicated to the Gucci Beauty lipsticks. Here, a series of multi-vision panels show the smiling face of punk singer Dani Miller, in the name of a new idea of beauty, always supported by the Italian fashion designer. The smell of Gucci fragrances welcomes the visitor in the Gucci Bloom dedicated room. In a decadent garden of abandoned sofas and tall grass, three women – actress Dakota Johnson, feminist photographer Petra Collins and trans model Hari Nef – grapple with monsters and aliens, that look like just something out of a 1950s American B-movie. Many sections of the exhibition feature mirrors, which endlessly multiply Alessandro Michele’s dreamlike fantasies. Thus, with the notes of She’s Lost Control by Alive She Died in the background, the visitor will find himself chasing his reflected image inside a decadent villa, as models of the Cruise 2016 campaign did.

Famous Italian writer Carlo Emilio Gadda once said that “baroque is the world”, and the exhibition Gucci Garden Archetype is here to remind it. Nonetheless, this protean and ambiguous universe is unified to perfection by Alessandro Michele’s melancholic, bohemian and romantic style.

The archetypes Alessandro Michele chooses to exhibit are those of his own creativity. It seems, at least, an ambiguous and precocious attempt to historicise his work. It is also equally clear that this event has commercial implications. As a matter of fact, the limited-edition Gucci Garden Eau De Parfum fragrance was presented at the same time as the exhibition opening. Nonetheless, Gucci Garden Archetypes has some important peculiarities also from a curatorial point of view. In fact, when a dress is separated from the body to be placed in a museum, there is always a loss, which concerns the intimate nature of the garments. Michele has successfully tried to fill this loss by recreating the sensory universe that gave life to the collections, in a way that we rarely saw for a fashion exhibition.

For this reason, if you are in Florence, we suggest you do not miss Gucci Garden Archetypes. You will discover a magical and dazzling world that will help you fly above the greyness of everyday life.