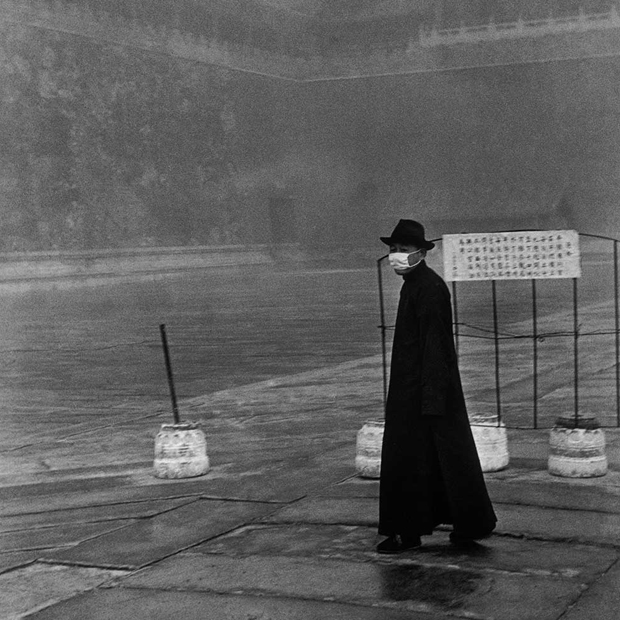 We compare the approach to photography of Ghesquière, Slimane, and Karl Otto Lagerfeld : three fashion icons united by their love for the lens

“To me, photography is the simultaneous recognition, in a fraction of a second, of the significance of an event as well as of a precise organization of forms which give that event its proper expression.” — Henri Cartier-Bresson

As a matter of fact, for the generations of photographers whose work was shaped by Bresson’s aesthetic thought (Le moment decisif), there is a heterogeneous set of historical events that only reached collective consciousness because of the photographs through which they have been narrated to the public.

From this line of thought, derives the great power of photography’s testimony and the resulting responsibilities that characterize the life and work of a photographer. As a witness in the field, the photographer’s ethical mission is that of handing down this collection of meaningful fragments to future generations through the eloquence of photographs that are permeated with a truthful, timeless essence.

But how does Henri Cartier-Bresson’s legacy live through the work of today’s fashion photographers? To find an answer, Collectible DRY dives into the photographic visions of Nicolas Ghesquière, Hedi Slimane, and Karl Lagerfield — three fashion icons who, throughout their career, have surely proved themselves behind the camera.

Think of French designer Nicolas Ghesquière, who not only is the designer behind the Louis Vuitton SS21 Collection but also the photographer of the campaign. The subjects portrayed in this collection are, among the others, internationally renowned athletes, Academy Awards winners, musicians, and supermodels. The text included in the campaign reads, “Freedom of expression, creative audacity, are the qualities that Nicolas Ghesquière wanted to tell.” Wanting to analyzethe photographs presenting the garments of the collection, we see plastic subjects in the foreground, which have been purposefully distorted in post-production, alongside extraordinarily crafted clothes. A conscious juxtaposition of contrasts possibly meant to stress the unconventionality of Louis Vuitton’s collection.

How much of Cartier-Bresson’s moment decisif is there in Hedi Slimane’s photobook “Rock Diary”? The designer seems to honour the French photographer’s lesson on photography by chasing the moment with dozens of snapshots at the time. His shots, often blurred, feel real and alive; a sort of embodiment of what Cartier-Bresson was trying to convey through his photographs. In some of Slimane’s most memorable photos, you can see a very young Alex Turner wearing a Ralph Lauren polo at a concert in London right at the dawn of his career, as also proved by the pimples covering his teenage-years cheeks. Elsewhere, Franz Ferdinand seats in the recording studio in a shot dating back as far as in 2004, while the Drums appear worn out by the number of stages they have trodden all dressed in striped t-shirts, tight cuffed jeans, and vans worn.

Just like fashion Kaiser Karl Lagerfeld, the first designer to have approached the world of photography during his career, some other photographers might draw inspiration from the kaleidoscopic, ever-evolving nature of fashion. Lagerfeld, who once said, “You can’t stand still, not in life, not in fashion, not in photography,” used to embody the momentary, transient essence of fashion trends as well as that of photography itself by taking on different styles from time to time so as to readapt to the changing of the times. His photographic production, which is deeply influenced by names such as Alfred Stieglitz, Edward Steichen, Clarence Hudson White, as well as by German photography of the 1920s, began in 1987. Encapsulating the aesthetics of several disciplines, including painting, cinema, and architecture, in his photography work, Lagerfeld experimented with film so as to create unique pieces that, thanks to their artisanal aspect, mimicked the features of Haute Couture, his first passion. In his series “Homage to Oskar Schlemmer,” the designer produced images quoting Fritz Lang’s Metropolis, Murnau’s cinematography, as well as the paintings of Sir Lawrence Alma-Tadema and Frederic Edwin Church, or Caspar David Friedrich’s landscapes. Nourished by an almost encyclopedic and decidedly European culture, his work was perceived both as an untiring search for forms and materials and as a formidable photography lesson: a lesson full of imagination, resembling the image of a man who strived for freedom who loved, above all, to venture along unexplored paths.

There is no doubt that photography serves as evidence of what is real; yet, such evidence should not overshadow the power arising from the possibility of lying. But, as Cartier-Bresson taught us, in a moment of deception, telling the truth is an act of revolution.