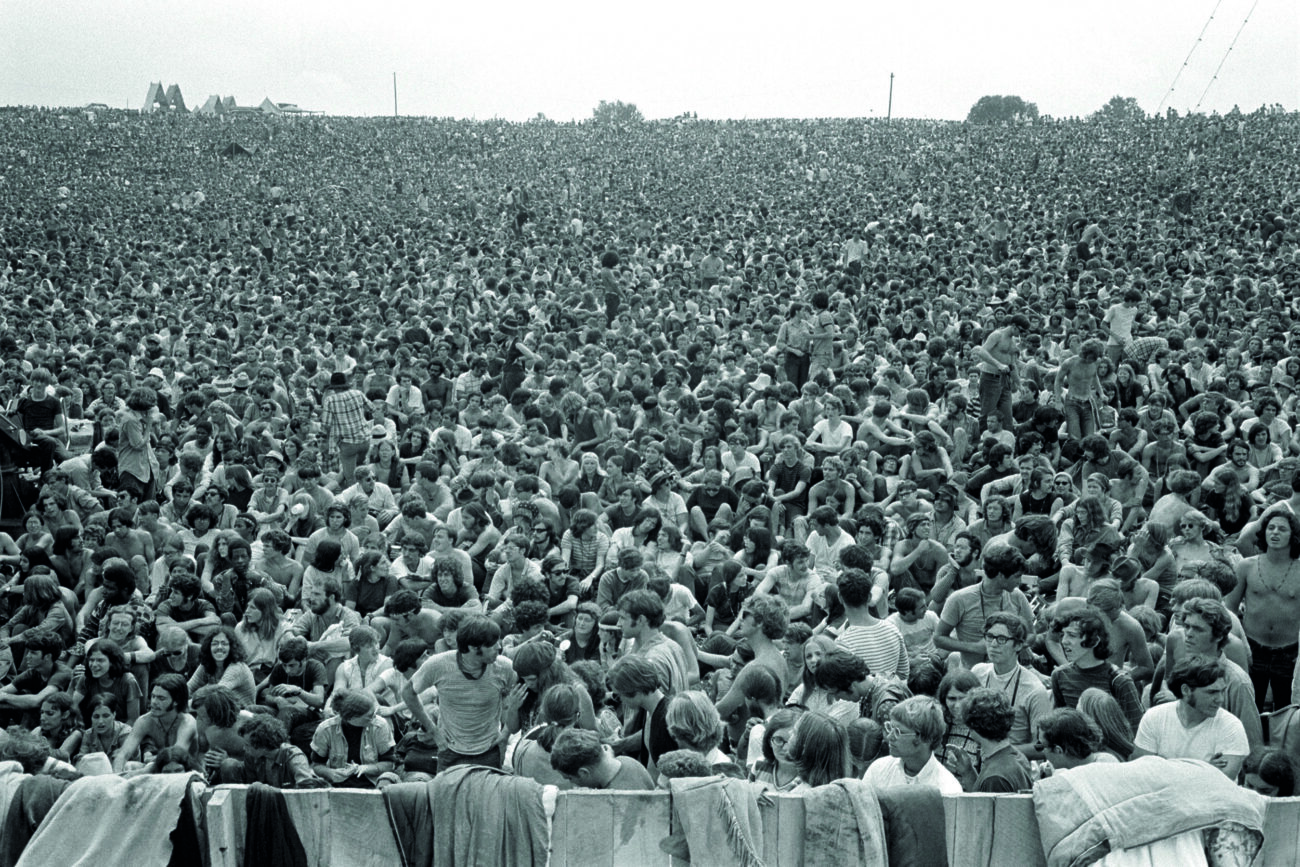 Michael Lang, music concert promoter, producer and artistic director, best known as the official producer of the Woodstock Music Art Festival died on Saturday evening, 8th January, at the age of 77. The young man who turned a cowherd’s farm into the symbol of a generation and the counterculture in 1969

The year was 1969 and the boisterous student protests, strikes and protests in the name of pacifism and non-violence framed the end of a decade of hopes and illusions, but also of preparation for the unstoppable rise of Rock Music. As Armstrong took his first steps on the moon, Rock began its journey from California to the east coast of the United States. London, the Beatles, the Stones and the Who,were no longer, in the collective imagination, to represent the nerve center of a contradictory world. The promised land of an enormous and heartfelt cultural revolution was, by now, California, with its young and straggling hippies, drugs and electric guitars, but above all with Jimi Hendrix, Jefferson Airplane and Janis Joplin. The Californian scene was seen as a new world, with a new way of understanding music and sharing it in large hippie gatherings, the first of which was Monterey in 1967.

After the assassinations of Martin Luther King and Robert Kennedy, with the consequent gradual disintegration of the peace movement and the new left, there were few left to believe that all was not lost and that, despite the battles they had lost against government, violence, drugs and commercialism, young people still had the will to move forward.

The answer came from four of them: Michael Lang, Artie Kornfield, John Roberts and Joel Rosenmann.

Michael Lang, the organizer of Woodstock, the August 1969 concert-meeting that became a legendary event in the world of music, has died at the age of 77. Lang passed away at Sloan Kettering Hospital in New York City, due to complications from non-Hodgkin’s lymphoma. He leaves behind his wife Tamara and his five children, Shala, Lariann, Molly, Harry and Laszlo.

He grew up in Brooklyn, and after attending university in New York, he entered the world of concerts. The first event he organized was the 1968 Miami Pop Festival, attended by Jimi Hendrix, Frank Zappa and John Lee Hooker.

Then came the idea of doing something never done before – he turned the farm of Max Yasgur, a cow farmer, near Bethel, into the symbol of a generation, as well as of protest and counterculture, with a gathering that defined the icon as ‘rock, sex and drugs’ from 15 to 18 August 1969. In a relatively short time he managed to assemble an incredible cast: Richie Havens, Swami Satchidananda, Sweetwater, Country Joe McDonald, John Sebastian, The Incredible String Band, Bert Sommer, Tim Hardin, Ravi Shankar, Melanie Safka, Arlo Guthrie and Joan Baez headlining the first day – Friday 15 August – then, on Friday 16, Quill, Keef Hartley Band, Santana, Canned Heat, Mountain, Janis Joplin & The Kozmic Blues Band, Sly & the Family Stone, Grateful Dead, Creedence Clearwater Revival, The Who, Jefferson Airplane and, finally, on Sunday 17th and Monday 18th August, The Grease Band, Joe Cocker, Country Joe and the Fish, Ten Years After, The Band, Blood, Sweat & Tears, Johnny Winter, Crosby, Stills, Nash & Young, Paul Butterfield Blues Band, Sha-Na-Na and Jimi Hendrix. They came from all over the United States, turning an already extraordinary musical event into a piece of American cultural and social history. Unfortunately, however, everything has an end. And the end of those three days came on 18 August at 9 a.m., when Jimi Hendrix’s Fender Stratocaster thundered to a desecrating version of the American anthem, for an audience of just 40,000 people, in an extraordinary performance, described as follows by the two authorities of Italian music journalism, Ernesto Assante and Gino Castaldo : “At dawn on the last day, in a livid light, in front of the esplanade that was already showing signs of abandonment, an omen of the end of the American movement, Jimi Hendrix attacked with his Fender Stratocaster a distorted and dilated version of the American anthem, dirtying the melodic sequence until it was transformed into the lugubrious sounds of a bombardment. The flag of the United States crumbled in the blood of the fallen in Vietnam, the dreams of the American model collapsed into an abyss of horror. Never had rock dared so much. The tragedy was over, the indictment finally completed. But in that performance there was also the painful awareness that something was rapidly waning.”

All photos are taken from the Issue CollectibleDRY Vol.12 pre-fall 2019 NEW FORM