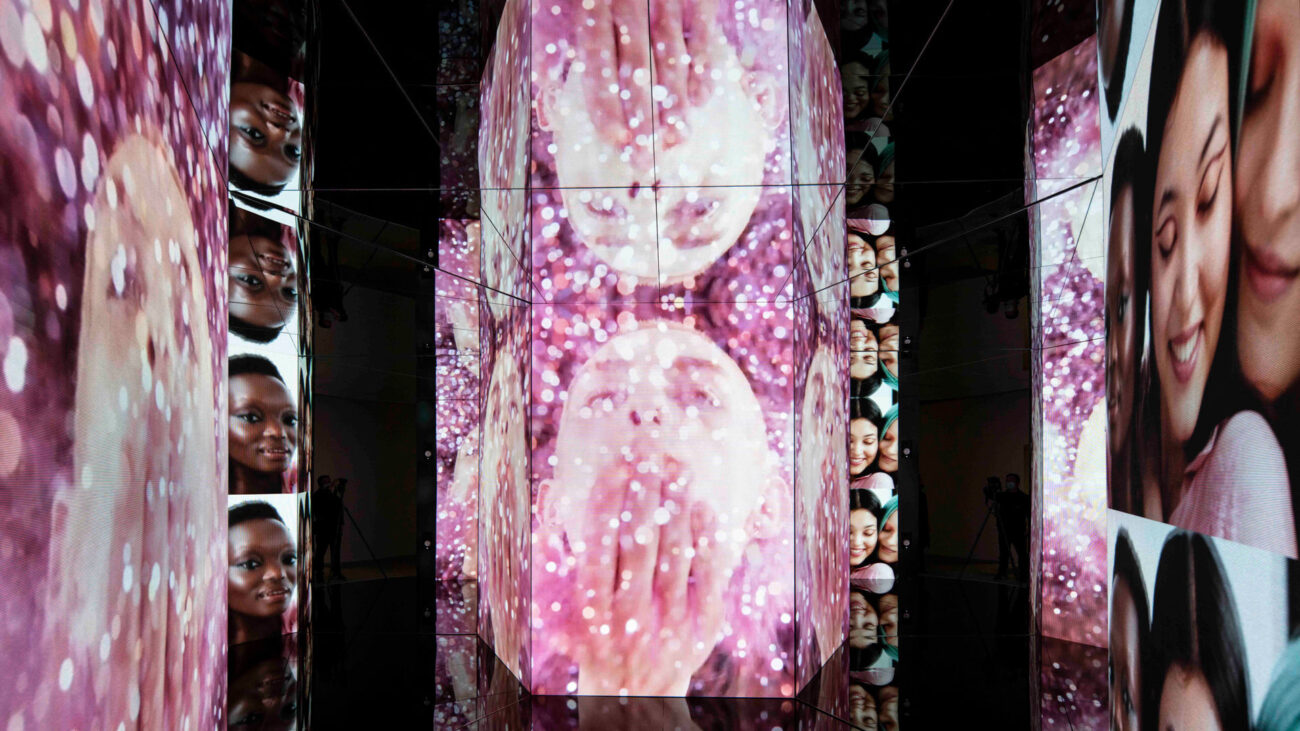 Bringing together the work of contemporary artists such as Cao Fei, Nick Knight, and Gioele Amaro, and archive pieces from the Italian Maison, the second chapter of Pierpaolo Piccioli’s ‘re-signification’ is an immersive exploration of the fashion house’s codes, presented to the public through the curatorship of its Creative Director

Taking place in Beijing’s SKP South’s T-10 exhibition space between October 17 and November 7, this new Valentino exhibition leverages the creativity of today’s artists to breathe new life into the four trademarks of the Italian fashion house, namely Haute Couture, the Atelier, the Stud, and the VLogo. Just like its first Shanghai-based chapter, Re-Signify Part II is curated by Creative Director Pierpaolo Piccioli in collaboration with Jacopo Bedussi and Mariuccia Casadio who, for the occasion, have pulled together a selection of some of the most inspiring contemporary artists — from Cao Fei to Robert Del Naja and Nick Knight — and relied on their artworks as a means of re-interpreting the canons of the Roman fashion house.

Compared to the previous edition, the show sees the addition of a room entirely dedicated to Valentino’s recently launched beauty line, Valentino Beauty, the vision of which is “dropped onto the exhibition space like stones thrown into a pond,” becoming one with the artistic investigations of the artists on display.

“Resignify means to look at what you know with a new lens,” reads the project-dedicated page on the brand’s official website. “Within the Beijing exhibition, visitors will be able to walk through different moments in the Maison’s history, not just in a chronological display but with an emotional involvement.”

“Asking the same questions as Pierpaolo Piccioli, contemporary art adds depth to the dialogue on resignification,” the statement continues. “While the themes of the human body and the city, as well as light, shadow, darkness, reflection, and refraction, are constant, the ways the artists choose to explore and manifest their ideas are distinctly personal.”

A multimedia, multidisciplinary showcase reflecting, among the others, on the continuum that links the human experience of the metropolis with its repercussions on the contemporary fashion and artistic scenario, Re-Signify Part II looks at Maison Valentino’s cultural heritage through painting, sculpture, photography, videomaking, and virtual reality to name a handful.

Gioele Amaro‘s six-piece polyptych series combines digital design with physical artifacts in a play of light and reflections that deceive the human eye. In his “Eternity Series,” Xu Zhen juxtaposes Western and Eastern plastic art, the result being an oversized, mismatch of body parts that challenges the volumes of classic sculpture. Photographer Robert Müller turns to polaroids to capture the imperceptible calm of the ‘urban jungle,’ while AAAJIAO forces us to face the shocking truth of a world increasingly shrinking away from real-life human interaction.

As Maison Valentino explains, “Risgnification is Pierpaolo Piccioli’s personal work process by which the signs of today create the signs of tomorrow.” A tomorrow where fashion, art, and technology could — if used properly — provide us with the answers we have long been searching for.