PeEK iNSiDe ZaLANDo'S NEW CaMPAiGN, LuXURy On YoUr TeRMS 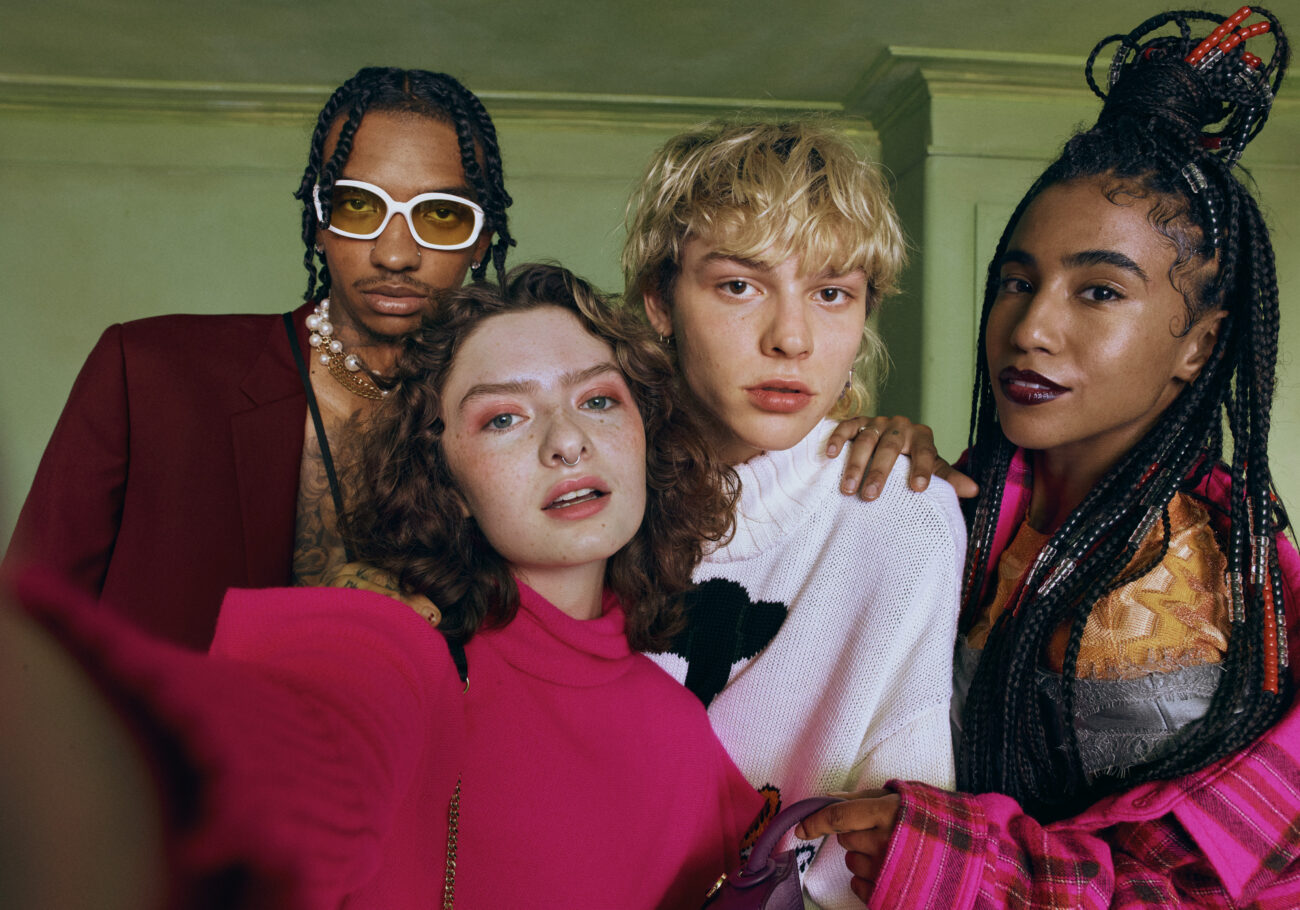 Consisting of “A Life of Liberty”, a three-episode interactive digital film experience directed by Vincent Haycock and starring Lachlan Watson, and of a collection of stills by Coco Capitán — all styled by Ib Kamara — Zalando Designer A/W 2021 is an ode to self-expression and authenticity in the age of social media

For Autumn/Winter 2021, Zalando Designer — a platform for like-minded fashion creators standing for sustainability, diversity, and inclusion launched in 2010 by homonym retail company Zalando — reminds us that nothing feels better than finding the courage to be the truest, most authentic version of yourself. Luxury on Your Terms, the latest campaign of the German e-commerce fashion giant, takes us on a journey through the social media era, its screen-filtered reality and changing sense of self, through an interactive digital film experience tracing the highs and lows in the life of Liberty (also known as ‘Leo’ and portrayed by Lachlan Watson) — the Gen-Z daughter of an established fashion company’s owner.

Directed by Vincent Haycock, mostly known for his cinematic music videos including Florence + The Machine’s Lover to Lover, Kelsey Lu’s Foreign Car, Spiritualized’s Little Girl, and more, A Life of Liberty talks about one’s freedom to break free from people’s expectations about their future as the only means of pursuing their own personal path. Comprising three newly-released episodes and featuring entirely shoppable outfits from both emerging and established designers, the series stars Danish actor Thomas Bo Larsen in the role of Johan, Liberty’s middle-aged successful father, as he prepares to throw a glamorous party with guests from his ‘fashion microcosm.’

Exploring the lack of communication and emotional connection between a young, bubbly daughter and their businessy father through retro cinematography mixing old-day music tracks with fresh tunes sung by Watson themselves, and brilliantly framed within a pastel-shaded setting, A Life of Liberty sheds light on the intergenerational conflict arising from Johan’s daughter refusal to step into his shoes at the fashion company. Dedicated to chasing their dreams and discovering themselves, Liberty/Leo embodies all the freshness and fragility of their generation. A generation whose juvenescence is visually captured and vividly brought to you by Haycock in Zalando Designer A/W 2021, Luxury on Your Terms.

Among the others, Zalando’s latest campaign includes a collection of stills shot by Spanish-born London based multimedia artist Coco Capitán. Entirely styled by fashion icon Ib Kamara, all assets of the campaign feature garments from brands as diverse as Maison Margiela, Proenza Schouler White Label, Holzweiler, The Kooples, Paul Smith, and more. Playing with the duality and contrasting essence of ‘online’ and ‘offline life,’ Luxury on Your Terms talks about the importance of nurturing dialogue as opposed to consuming our thumbs on a touchscreen in a moment where real-life interactions appear to have gone out of fashion.

Still from “A Life of Liberty,” directed by Vincent Haycock and starring Lachlan Watson as part of Zalando Designer A/W 2021 Campaign, “Luxury on Your Terms.”

“Sometimes, I just feel like I’m living two completely different lives,” Lachlan Watson says in the opening scene of the first episode from A Life of Liberty. “Maybe that’s because I am.”

Pointing the lens on the youth’s need for authentic human connection, Zalando’s immersive mini-series — now streamable on its dedicated website — reminds us that not everything is as it seems, especially if shared via social media.

Tangled up as we are between Instagram photo dumps, hashtags, and outfit appreciation posts, it is easy to forget about the person that exists beyond the one we’ve created virtually. But no followers will ever make up for whatever goes wrong when logged off of our devices, and that’s why it’s time to leave those behind — just like Liberty does in the closing scene of episode 3 — and “be ourselves for a little while.”

Watch the trailer to A Life of Liberty below.