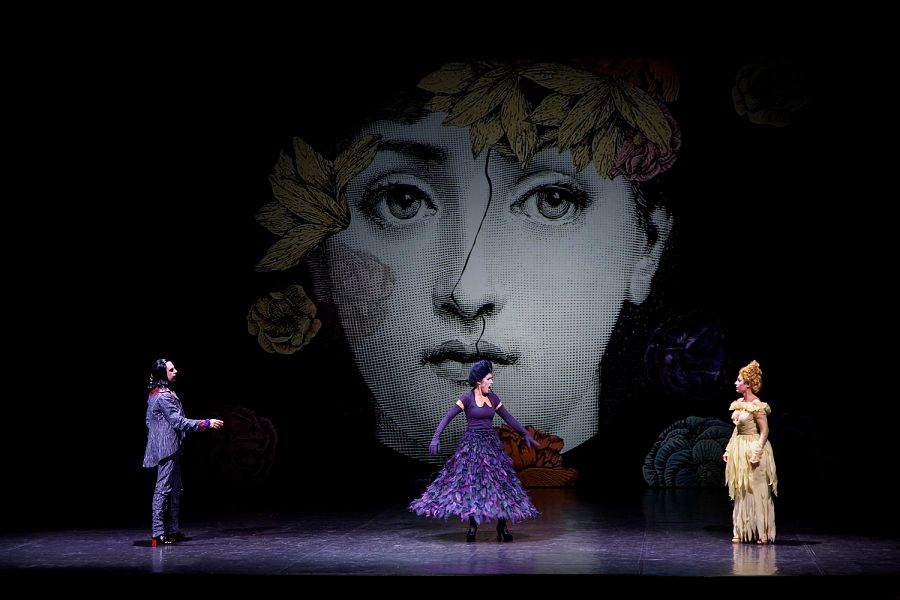 Prague, 29 October 1787: the first performance of “Don Giovanni,” a revolutionary opera full of unprecedented musical ideas. Written by Wolfgang Amadeus Mozart at the age of 31, with a libretto by Lorenzo Da Ponte, this opera is considered one of the greatest masterpieces of the Austrian composer, and marks the birth of a modern myth: the myth of Don Giovanni, which from that day on has never stopped growing, stimulating, disturbing, frightening and moving the whole world.
Barnaba Fornasetti, at the helm of the atelier started by his father Piero, has put together a remarkable team and produced a very striking version of the opera, with sets based on motifs from the Fornasetti archives, remarkable costumes by Romeo Gigli, and a 30-piece orchestra that replicates the original Prague performance, using period instruments including a fortepiano custom made for the occasion. Most performances of Don Giovanni today are based on the opera’s second version, presented in Vienna in 1788. The orchestra “Silete Venti!” specializing in early music is conducted by its founder Simone Toni.
After making its debut in Milan at the Teatro dell’Arte of the Triennale in December 2016, the production moves on to Florence at Teatro della Pergola, 10-12-13 January 2017.
Today, with an American president-elect who shamelessly boasts about forcing his attentions on women, this tale of a rich libertine with a taste for rape who thinks his wealth can keep him beyond the reach of justice has particularly timely overtones.

THE pLACe TO bE

A DELIcIOUS GArDEN IN FloRENcE