THe IMPALpABLE TRuTH AbOUT CLIMaTE ChANgE 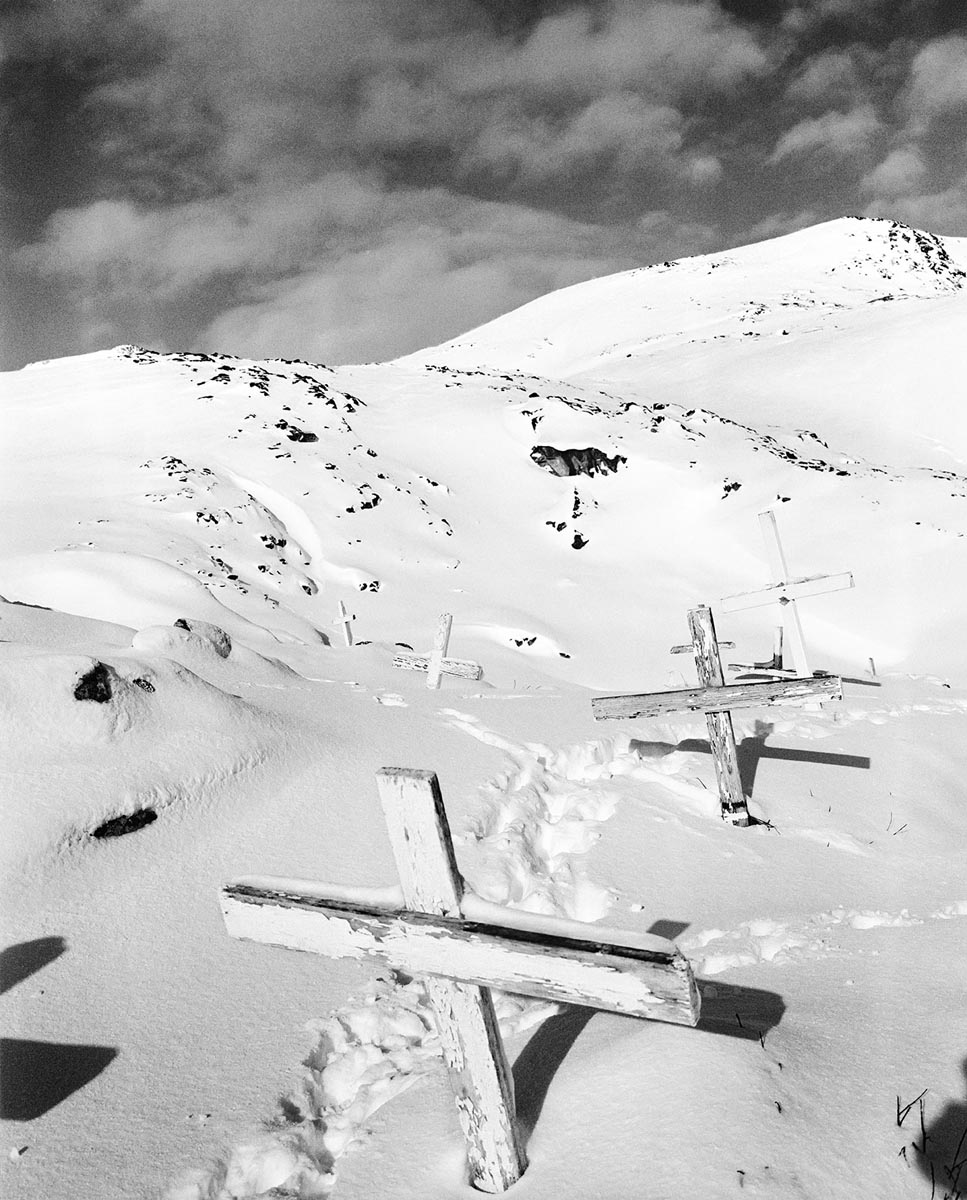 “Who believes in global warming? Raise your hands. Wow. Not many, right?”
Here an article that we published on Collectible DRY #3  that we want to restate for the #fridaysforfuture with the beautiful pictures of the Artic by Paolo Solari Bozzi

Adults who haven’t seen each other for a few years, we’d see the insults fly. You can bet on it. Because talking about global warming and climate change with your friends is like talking about your parents with a therapist: it opens up issues going back generations, and can lead to furious fights and unimaginable alliances.
We’ll start by answering our challenge. The answer is Donald Trump, America’s new president. He asked that question during one of his 2016 campaign speeches, before a crowd in the Town Hall in Rochester, New Hampshire. Not many people raised their hands. Lots of people – those who weren’t at that meeting, and those who posted tweets later – said to themselves: “He can’t win. It would be a disaster.” The rest is history.
But while reactions may be heated and outspoken when talking about climate change among friends, or at home seated around the dinner table, scientists have voiced their opinions as forcefully as they can, and all in a much more “academic” style. Michael E. Mann, a professor of atmospheric sciences at the University of Pennsylvania who is famous for having elaborated a predictive model for global warming in 1999, together with two colleagues, has said: “I’m a scientist who has gotten death threats. I fear what may happen under Trump.” His “hockey Guess who said that. If this were a parlor game played by friends, perhaps among young stick graph,” a line that depicts the rising average temperature on earth (flat up to the 1890s, then ticking sharply upwards like the end of a hockey stick) was adopted and subsequently refined by the IPCC, the intergovernmental panel on climate change: a sort of advisory board for governments for climate policies all over the globe.

Mann is a recognized expert. But even if he weren’t, even if he were a mythomaniac who made up data just to get his name in the spotlight (and let’s be clear: he’s not!), what reaction would we have had? A man tells us he’s received death threats and is afraid for his life after Trump’s victory. We express and would continue to express solidarity for his plight. But there’s more.
This news arrives on top of an enormous quantity of information and imagery delivered via websites and social networks that frightens us with the end of the world and makes mankind out as an irresponsible monster. Polar bears drowning because Arctic ice is melting. Penguins, herons, seals and sea lions trapped in oil spilled at sea by an oilrig owned by a company making billions of dollars in profits. The former President of the U.S., Barack Obama, announcing on his private twitter account (not the POTUS account): “Ninety-seven percent of scientists agree: #climate change is real, man-made and dangerous.” A fast-arriving, painful truth that gives us waking dreams, albeit dreams that are probably eco-sustainable.
Polar bears aren’t drowning because the ice sheets are melting (even though the Arctic has lost roughly ¾ of its ice). The penguins, seals and seabirds are often dirtied by oil, that’s true, but what does that have to do with global warming? (It has something to do with it, but only indirectly.) Good is personified by Barack Obama, who signed the Paris Accords, while Evil is President Donald Trump, who wants to rethink those accords, even though the former tweeted a falsehood: it’s not true that 97% of all scientists agree that global warming is man-made. 97% of the scientists in a paper analyzed by John Cook’s studio in 2014 (a minimal portion of the available literature on climate change) agreed. Many of the authors of the paper Cook analyzed have said that his interpretation of their articles is forced.

But global warming is a fact. Nicola Scafetta, an astrophysicist, is convinced of it. He believes mankind is causing global warming, but is attempting to figure out just how much of it is really man’s fault. As a scientist, Scafetta is investigating what role the sun, stars and planets around our solar system play in global warming. According to his calculations, it’s possible that the stars are 50% responsible for global warming, while the rest can be attributed to mankind. His theory starts by observing the distances between data in the patterns Mann used to create his hockey stick: they’re too big to fit with the data for long cold periods during the medieval era. Try to come up with an effective tweet to explain the concept of a natural variability that’s too low in the climate change model Mann created to fit with data from the past 2,000 years: zero retweets and one like from an older sister who thinks the idea is “cute.”
But as we pointed out earlier, global warming is a fact, and even according to Scafetta’s estimates 50% of the causes are anthropomorphic in nature, i.e. caused by man. Our collective conscience won’t rest unless we do something. So we initiate the Kyoto protocols, establish COOP21 in Paris, outline restrictive policies for the use of fossil fuels in Marrakech. But how can we be sure this is the right path to take? The Kyoto objectives were achieved not because mankind’s policies became more effective, but because the world experienced an economic crisis in 2008 that slashed consumption. Paris followed the same route, and wants to limit increasing the earth’s average temperature to no more than 2º Celsius compared to the preindustrial era.

One has to wonder: Where’s the thermostat for turning down the heat? According to Lars Lamborg, president of the Copenhagen Consensus and professor at Copenhagen University, cutting emissions by making them progressively more costly is hardly the right approach. According to his calculations, the goal of reducing CO2 emissions by 33 Gtons would be enough to lower the temperature not by 2.7º C, but by 0.27º C. We will have to do a lot more. That said, the costs are already stratospheric. Car companies, for example, will soon stop producing diesel engines because honoring the standards laid out in Euro 7 certification (the emissions regulations for cars in the European Union), would cost two billion euro in engine design alone. Even doing the math on the fly, imagine what it would cost to try and cut CO2 emissions ten times over. The Danish professor believes that the best approach is not to try and force a reduction in emissions with new laws, but rather to invest somewhere between 1,000 and 2,000 billion dollars from here to the end of the century in researching and developing green energy sources, making them economically sustainable and convenient. This way they would become a real alternative to fossil fuels, and the market could eliminate them by default. In this manner we might just manage to set aside the emotional reactions that lead to things like French economist Serge Latouche’s famous Degrowth Theory.
Reality is a little more complex than our beloved politicians would have us believe. But then their business lies in aggregating consensus and getting reelected. How many of us have the time and will to become truly informed on the issue? Global warming is like a love story between two famous celebrities: front page material and tabloid headlines. It plays on our emotions and clouds our thinking. We create factions and take sides, but in the end only a few people know the whole truth…if one, unequivocal truth even exists. Unfortunately the “friends” of the man-planet couple aren’t giving any straightforward interviews that press agencies can print and publish pell-mell. Things are a bit more complicated than that, and there are no symbolic images to splash across the front page.

So everybody has his or her own personal truth, and is ready to defend it. And let’s not forget that our presence on this planet is incomparably inferior to earth’s age: some believe mankind has been around for 500,000 years; others think it’s more like 250,000… But even a quarter of a million years is nothing compared to earth’s 4.5 billion. It appears that, no matter what approaches we take to save it, our efforts will prove Sisyphean, useless. Most likely, and even though none of us would wish it (we want our love story to continue until death do us part), earth will outlive us even if she’s turned into desert or flooded with oceans. All this highlights our caducity, an essentially transitory existence that – for obvious reasons – we tend to overlook, like when tiny dogs bark at Great Danes.
There is however, an aspect of climate change that is being authentically explored by Paolo Solari Bozzi: the love that the Inuit of Greenland feel for their land. And it is within each one of us – men and women as ends, not as means – that the drama of existence and our relationships with the superstructures we ourselves have created, that a particular truth can be found. The Italian photographer, protagonist along with two other artists (Icelander Ragnar Axelsson and Dane Carsten Egevang) of an exhibition on display at the Casa dei Tre Oci in Venice from 15 January to 2 April 2017, loves to portray people in limitless spaces and fighting for their survival. Solari Bozzi doesn’t tackle climate change head-on: melting glaciers and sheet ice remain in the background of his images, as metaphors. “They love their land,” Solari Bozzi tells DRY, “and they have a great deal of love in them.”
That love is what Solari Bozzi captures in the Inuit. He believes they’re a people in the balance. “They’re attached to their primordial traditions, but they know that in order to survive they need to earn money, because the wood houses they’ve moved into after having abandoned their igloos come at a price. They travel to Denmark as young men and women, a land at once loved and hated, and they learn what modernity is like. Then some of them return. But to do what?” The indigenous population of Greenland, 55,000 individuals who live amid glaciers, have been alone for several centuries now, after “the Icelandic colonists Eric the Red brought here sometime around the year 1,000 AD, left three centuries later when another ice age arrived. Greenland was undoubtedly greener than it is today. There were prairies, flowers and birds that no longer exist. The way I see it, giving that land that name was a fantastic marketing move,” says Solari Bozzi.

We’ll close by offering our readers one last question: Could yesterday’s world live again tomorrow? You can see this question written in filigree in Solari Bozzi’s photographs. Responses to climate change may take shape through global politics and policies to reduce CO2 emissions, but the choice between tradition and modernity, between igloos and wood houses, between yesterday and today is experienced by the Inuit in a far more dramatic manner than the way we experience global warming. For them, it affects the here and now. For us, giving up a car is a worthy, in some ways simple choice, though it’s often impossible to put into action. For them, giving up techno-fabrics in order to don bear furs is something far more profound and intimate. “I doubt that younger Inuits want to give up Coca-Cola and go back to living in the ice,” says Solari Bozzi. And this doubt encapsulates the tragedy of Inuit life. Visiting the exhibition and taking a moment to leaf through the photographer’s book, published by Electa/Mondadori, helps explain that which mankind has been asking himself since the dawn of time: Will there be a tomorrow, and if so, what will it be like?