YoU SaY YoU WanT A RevOlUtION 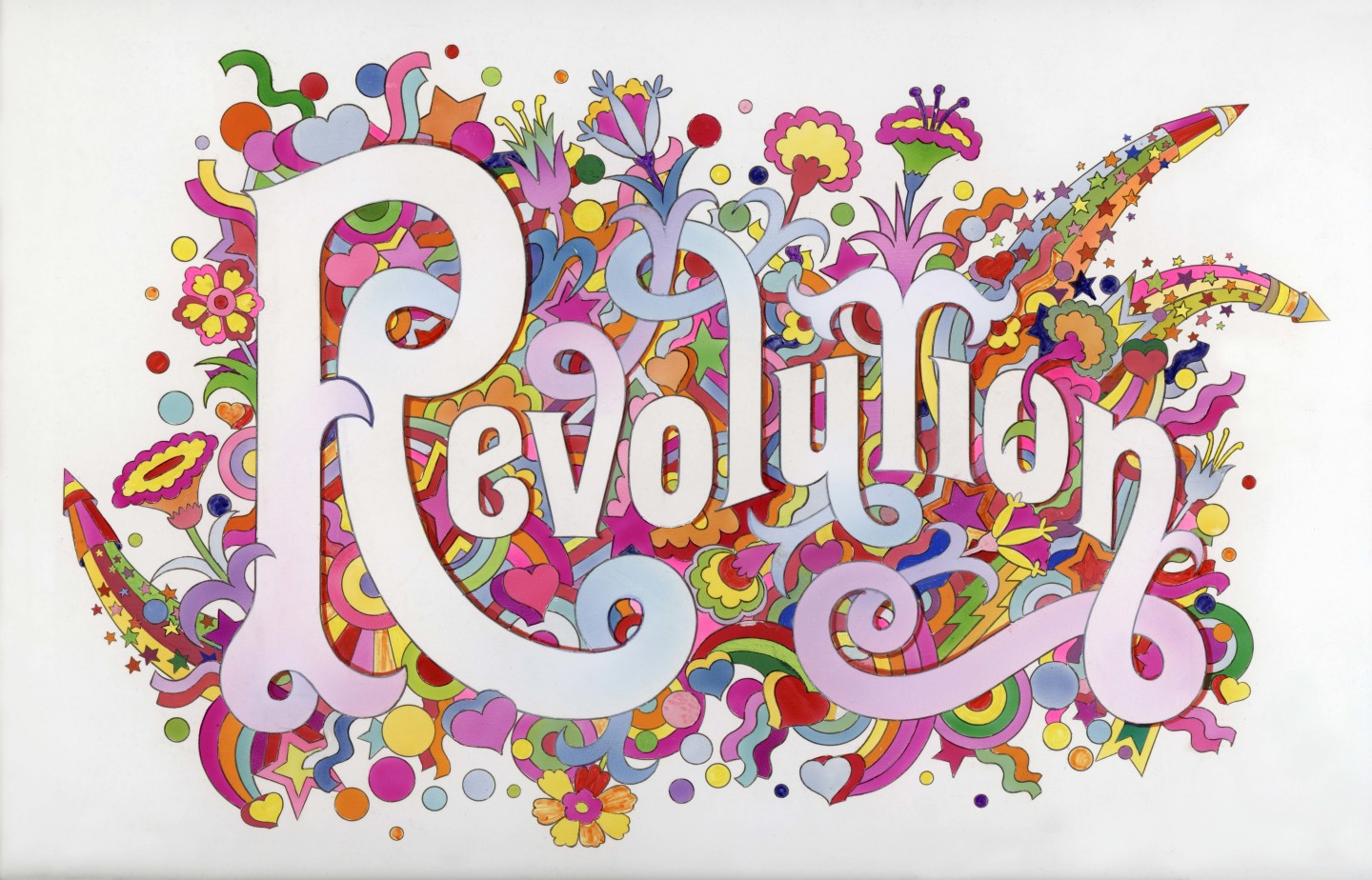 “You say you want a revolution Well, you know
We all want to change the world”

This major exhibition from the V&A explores the era-defining significance and impact
of the late 1960s upon life today. From global civil rights, multiculturalism, environmentalism, consumerism, computing, communality to neoliberalist politics, the world we live in has been vitally influenced by five revolutionary years: 1966 – 1970. You Say You Want a Revolution? Records and Rebels 1966 – 1970 investigates the upheaval, the explosive sense of freedom, and the legal changes that took place resulting in a fundamental shift in the mindset of the Western world.

You Say You Want a Revolution? Records and Rebels 1966 – 1970 explores the way that youth culture catalysed an optimistic idealism, motivating people to come together and question established power structures across every area of society. More than 350 objects encompassing photography, posters, literature, music, design, film, fashion, artefacts, and performance that defined the counterculture illustrate the way that a whole generation shook off the confines of the past and their parents, radically revolutionising the way they lived their lives.

Highlights on display show the creative, social and legal outputs of revolutionary new ways of living. They include underground magazines from Oz to the International Times; a shopping list written behind barricades during the 1968 Paris student riots; a moon rock on loan from NASA alongside the space suit worn by William Anders, who took the defining ‘Earthrise’ photograph on the Apollo 8 mission; a rare Apple 1 computer; an Ossie Clark costume for Mick Jagger; original artworks by Richard Hamilton; shards from Jimi Hendrix’s guitar; the suits worn by John Lennon and George Harrison on the cover of Sgt. Pepper’s Lonely Hearts Club Band and handwritten lyrics for Lucy in the Sky with Diamonds by the Beatles.

Martin Roth, Director of the V&A, says, “This ambitious framing of late 1960s counterculture shows the incredible importance of that revolutionary period to our lives today. This seminal exhibition sheds new light on the wide-reaching social, cultural and intellectual changes of the late 1960s which followed the austerity of the post-war years, not just in the UK but throughout the Western world. Our collections at the V&A, unrivalled in their scope and diversity, make us uniquely placed to present this exhibition.”

Objects are drawn from the breadth of the V&A’s varied collections, alongside important loans to highlight connections between people, places, music and movements across the UK, Europe and the USA. The exhibition focuses on particular environments that defined the cultural and social vanguard of the period, including Carnaby Street in London, clubs and counterculture, the Paris protests of May 1968, World Fairs including Montreal and Osaka, the Woodstock Festival of 1969 and alternative communities on the West Coast of America. Ideological connections are made to the world of 2016, from the election battle to appoint the new president of the most powerful nation on earth to the rights of individuals everywhere to make a difference.

The collection of the cult radio presenter and musical tastemaker John Peel provides a musical odyssey through some of the greatest music and performance of the 20th century from Sam Cooke’s A Change is Gonna Come to The Who’s My Generation to Jimi Hendrix live at Woodstock. Music is played through Sennheiser headsets using innovative audio guide technology which adapts the sound to the visitor’s position in the gallery. Sound is integrated with video and moving image, including interviews with key figures from the period including Yoko Ono, Stewart Brand and Twiggy, psychedelic light shows and seminal films including Easy Rider and 2001: A Space Odyssey to create a fully immersive and dramatic audiovisual experience.

In partnership with the Levi’s® brand; Sound experience by Sennheiser
With additional thanks to the Grow Annenberg Foundation, Fenwick and Sassoon