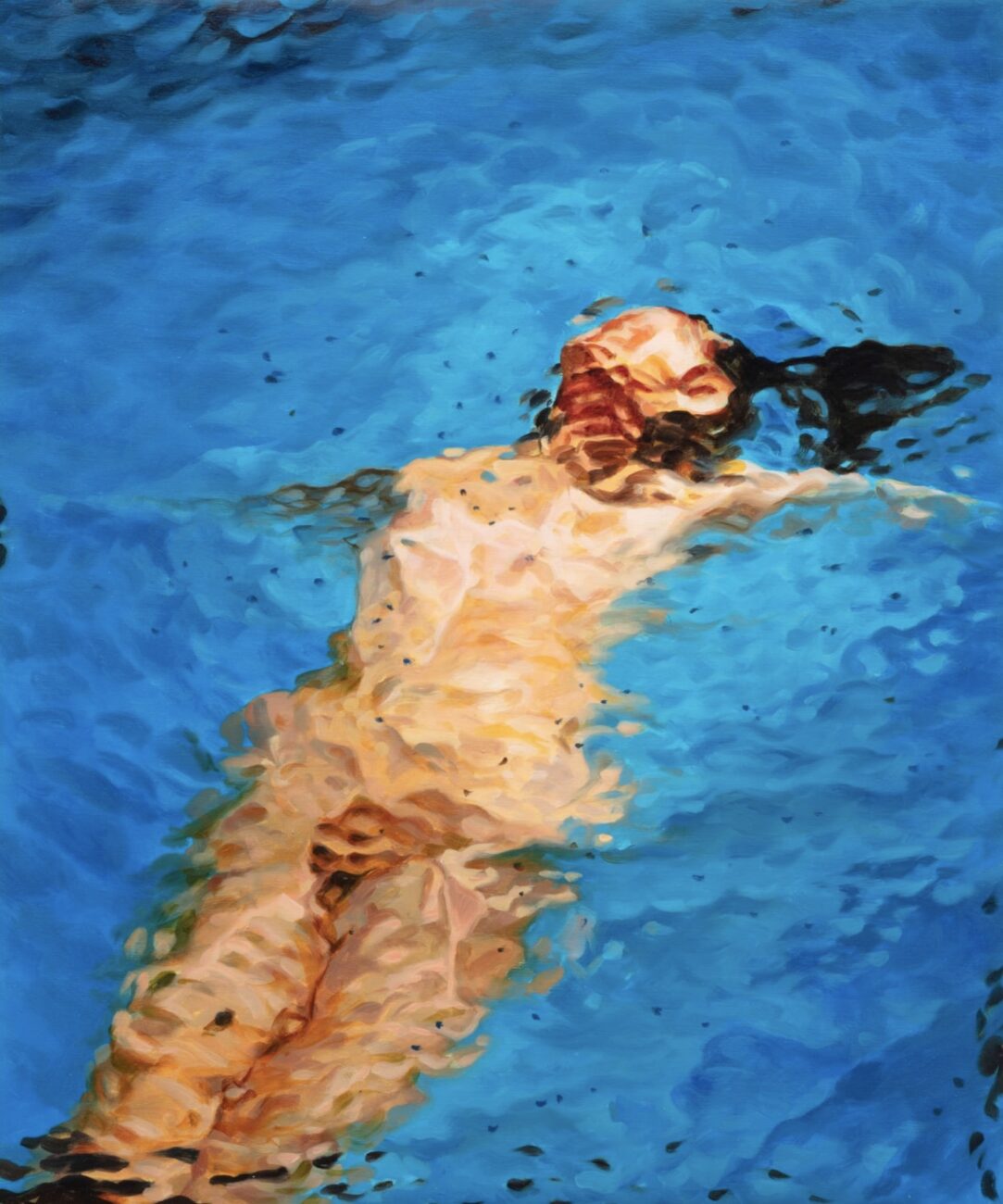 WIZARD GALLERY presented Olaísmo, solo exhibition of Diango Hernández. Visiting it we realized with gentle amazement that a new artistic movement was born

The common denominator that unites this whole series of new paintings is the presence of a semitransparent element that stands between the artist and his reality, transforming that reality – what the artist sees – into an imprecise and blurred image, but extraordinarily rich in visual textures.

The idea, later developed in the paintings, starts from an image seen by the artist through the glass door of his apartment in Düsseldorf. Each painted image is therefore what Diango Hernández sees from the glass door of his house; the works themselves have the same function as that corrugated glass in Dusseldorf, which allows him to see half of what is outside, showing him a magically altered vision of reality.

The paintings are the artist’s perception of these the past two years in which our homes have become “the world”.

As the artist tells us: “These years of domestic confinement, due to the pandemic, brought me” home “and when I say home I mean Cuba. Even when I was living in Havana I use to spent whole days without leaving home, drawing calmly, without anything interfering with the peace of that room, only in the distance could I hear the sounds of the street.  When I went out I always went to stare at the sea, because I lived very close to the Malecón. I used to go there especially in the winter months, when the sea of Havana “goes crazy” and collides with power against the Malecón wall, producing a very fine spray of salt water, which covers the whole city like a veil. On more than one occasion I have thought that the Havana sea and its splashes in winter were like wavy glass; a semi-transparent and opaque object, through which I can see almost everything: the city, its people and even the horizon of the sea, which is nothing more than a portal to another world, a world so coveted by many Cubans.”

Diango Hernández   is one of the most important conceptual artists of his generation, began his artistic practice in Cuba in 1994 as co-founder of Ordo Amoris Cabinet, a group of artists and designers who have dedicated themselves to the production of design objects for home. In 2003 he moved to Europe and he currently lives between Düsseldorf and Havana. His works have been exhibited in a solo show at the Kunsthalle in Basel (2006) and at the Neuer Aachener Kunstverein (2007). He participated in the Venice Biennale in 2005, in Sydney and São Paulo Biennale in 2006 and in Liverpool Biennale in 2010. His works were also exhibited at the Museum für Gegenwartskunst in Siegen (2009) and in 2010 two of his large installations were included in The New Décor exhibition at the Hayward Gallery in London.  In 2011/12 the Museum of Modern and Contemporary Art in Rovereto (MART) hosted a solo exhibition of Diango Hernandez at the Mostyn Museum in Wales.

ThE FaScInAtInG CoSmOlOgY Of tHe iNfInItE Of sTrUcTuRe