cHANEL AT THE CINéMATHèQUE 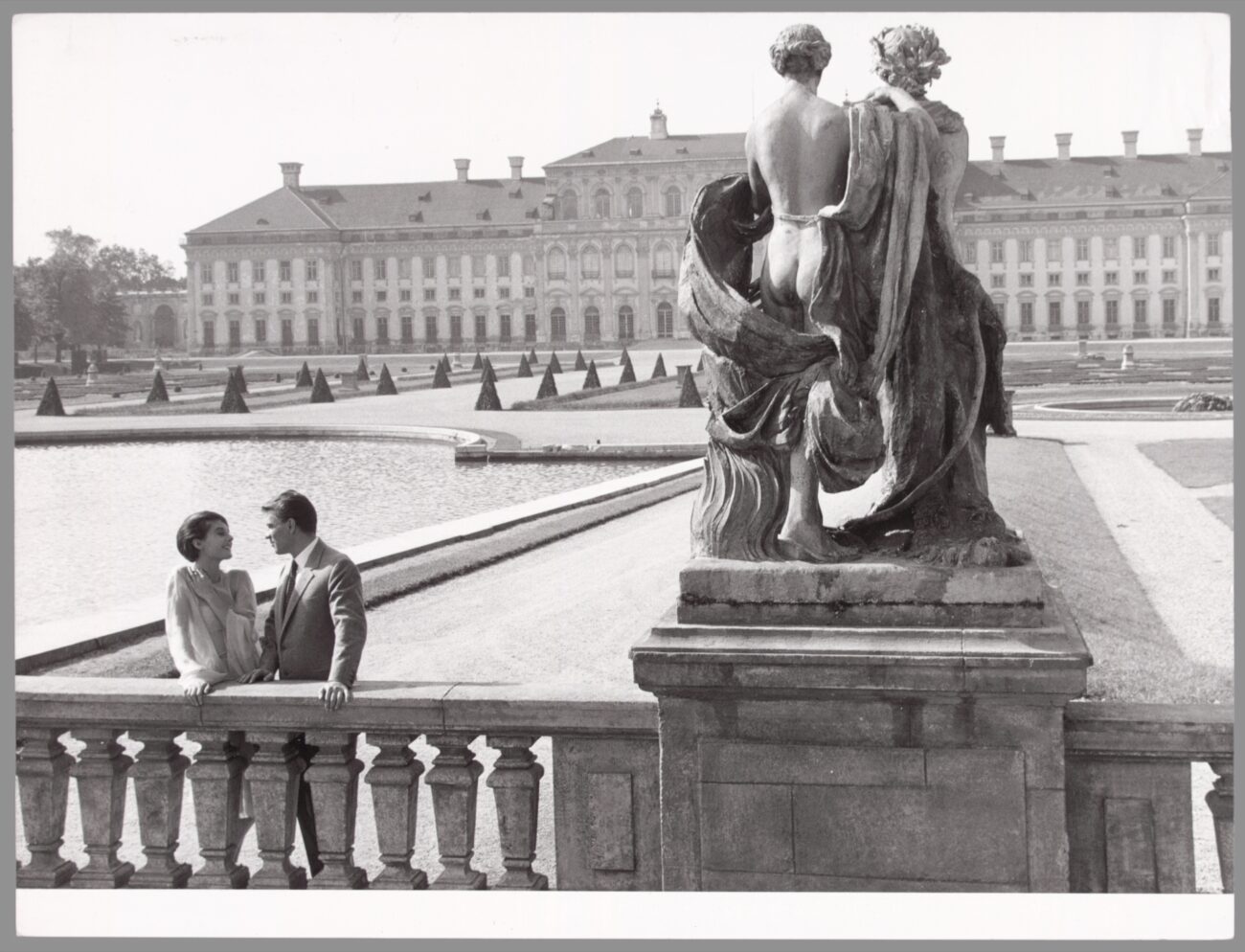 Today, the CHANEL brand is renewing its support of the institution for three years, began in 2018 with the work of Robert Bresson and more specifically the restoration of his film Ladies of the Park. It continued in 2020 by supporting key filmographies, including the Tout Godard retrospective which drew a large audience from January 8th to March 1st 2020 becoming its major patron. This partnership with the Cinémathèque française is an opportunity for the Maison CHANEL to reaffirm its close relationship with the world of cinema, initiated by Gabrielle Chanel in the 1930s

What Mademoiselle Coco found tremendously interesting in the unprecedented revolution brought about by the Lumière brothers was their ability to set images in motion, so akin to her desire to give a dynamic rhythm to women’s silhouettes. Gabrielle, who revolutionized the concept of submissive femininity by freeing women from corsets and crinolines, dressing them in structured jackets hitherto the prerogative of men, combining elegance and refinement with comfort was “images in motion” dictated by cinema the leitmotif of that elegant revolution.

“It is through cinema that fashion can be imposed today”, he stated in 1931, well aware of the importance of the new artistic medium for the culture of the 20th century and beyond.

His creations appeared for the first time in the theatre also because, without the latter, there would be no cinema!

She entered the stage with her greatest gift, the power of synthesis, one of her creations, a humble straw hat, worn by actress Gabrielle Dorziat on stage in Guy de Maupassant’s Bel Ami. Later, Coco designed costumes for Jean Cocteau: for the tragedy Antigone (1922) and for the ballet Le train bleu (1924).

In 1931, Gabrielle “Coco” Chanel landed in America for the first time, invited by the magnate and producer of United Artists, Samuel Goldwyn, to dress the most important divas of Hollywoow, but Coco had no intention of bowing to Hollywood glamour.

The prolific artistic exchange between Gabrielle and French cinema was interrupted with the arrival of the Second World War. Her return, however, was explosive. At the end of the 1950s a new phase in the great history of French cinema began: the Nouvelle Vague. His vision of fashion fits perfectly with this wave of young emerging directors, promoters of a new cinematic aesthetic. Coco’s modernity, embodied by the iconic tweed dress, was a magnet for one of the leading actors, Jeanne Moreau (Ascenseur pour l’échafaud, Les Amants both 1958 directed by Louis Malle and for Roger Vadim’s Les liaisons dangereuses 1960. Another performer, Delphine Seyrig, wears Chanel in L’année dernière à Marienbad of 1961, by Alain Resnais, for which in our print magazine exactly in Volume 9 fall-winter 2018 we dedicated an article about this film: “The Nouvelle Vague is a Haute Couture Film” edited by Jacopo Bedussi.

Here you can read the story:

Obviously, clothes could not fail to be the setting for the film Baisers volés (1968) by master cinematographer Francois Truffaut.

A separate discourse deserves Romy Schneider who in Boccaccio ’70 (1962), in the episode directed by Luchino Visconti (Act III: The Work) flaunts the entire Chanel universe like a modern-day Brand Ambassador.

Romy Schneider with Coco Chanel in 1960.

Today, the CHANEL brand is renewing its support of the institution for three years, began in 2018 with the work of Robert Bresson and more specifically the restoration of his film Ladies of the Park. It continued in 2020 by supporting key filmographies, including the Tout Godard retrospective which drew a large audience from January 8th to March 1st 2020 becoming its major patron. This partnership with the Cinémathèque française is an opportunity for the Maison CHANEL to reaffirm its close relationship with the world of cinema, initiated by Gabrielle Chanel in the 1930s.

– Retrospectives linked to the history of the House:

Alain Resnais, from November 3rd to 28th 2021. In 1961, Delphine Seyrig, wearing designs chosen from Gabrielle Chanel’s Haute Couture collections, lit up the screen in Last Year at Marienbad, embodying the couturière’s elegant and sophisticated allure. The success of the costumes was such that the press referred to the black chiffon dress* worn by the actress as the “Marienbad dress”… After backing the restoration of the film in 2018, CHANEL is partnering with the Cinémathèque française to present the first complete retrospective of Alain Resnais’ work.

Carole Bouquet will be the patron of the Toute la Mémoire du Monde Festival to be held at the Cinémathèque française from March 30th to April 3rd 2022. It will coincide with the tenth anniversary of the event.

– The exhibition Romy Schneider, the invention of a modern woman. “Chanel taught me everything without ever giving me advice. Chanel is not a couturier like the others… It is an elegance that satisfies the mind even more than the eyes,” said Romy Schneider about the couturière in 1963. The exhibition will be held at the Cinémathèque française from March 16th to July 31st 2022.

– Film restorations with the important news of the upcoming presentation of Jean Renoir’s masterpiece The Rules of the Game (1939), for which Gabrielle Chanel designed the costumes.

– Restorations and digitisations of prestigious archives, notably this year:

The shooting script of Luchino Visconti’s Ludwig (1973) by the scriptwriter Renata Franceschi, an exceptional document embellished with photos, sketches and drawings.

The shooting script of Last Year at Marienbad by Alain Resnais (1961) by the scriptwriter Sylvette Baudrot.

*this exceptional piece as well as a gold lamé dress, entrusted by Delphine Seyrig to the Cinémathèque in the 1970s, are currently on display in the exhibition Gabrielle Chanel. Fashion Manifesto, which runs until July 18th 2021 at the Palais Galliera.

“Henri Langlois, founder of the Cinémathèque française, loved the dresses of his bedside stars and the accessories of his heroes because he thought that these fragile remnants of the making of a film forever contained a small part of its magic and a reflection of its writing. This is how the fabulous collection of dresses and costumes of the Cinémathèque française was born in 1936, when it was founded.

A transgressive couturière, internationally renowned for her revolutionary work on the canons of fashion, a precursor of the mixing and fluidity of genders, Gabrielle Chanel, and later her successors at the head of her house, never ceased to create for the cinema and to maintain close and fruitful links with it. Through retrospectives, film restorations, exhibitions and the enriching of our collections, we will be able to tell a certain cinematic story thanks to the precious support of the House of Chanel, the story that fashion has woven into the seventh art.”

Costa-Gavras, President of the Cinémathèque française.

“The dialogue between fashion and cinema, which began with Gabrielle Chanel and the great directors of the 1930s in Hollywood and in France, has always been productive and inspiring. By becoming a major patron of the Cinémathèque française today, Chanel is strengthening its special relationship with this prestigious institution as well as its commitment to safeguarding and distributing masterpieces of the seventh art to as many people as possible. We are both proud and happy to accompany the Cinémathèque française in its multiple projects over the next three years.”