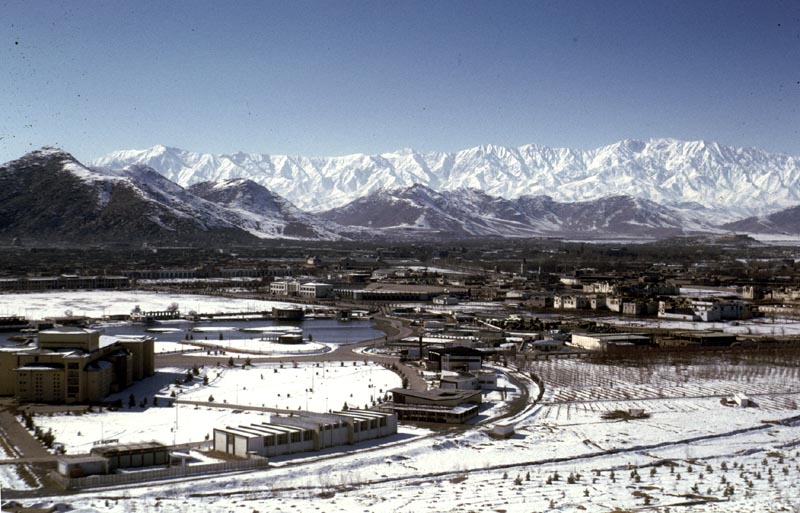 From a CollectibleDRY article on 7th September 2016:

“Dr William Podlich, a professor at Arizona State University moved to Afghanistan with his family for two years in 1967. There he began a project with UNESCO to teach at the Higher Teachers College in Kabul, Afghanistan, where he served as an “Expert in Principles of Education.”

In addition to his professional occupation, Dr. Podlich was a prolific amateur photographer. During his two years there, nearly a decade before the 1979 Soviet invasion, he documented his family’s life in Kabul, giving us the opportunity today to look back on that idyllic, peaceful and above all beautiful country.

Who knows if these children who fled Afghanistan in the 1970s, trusting when their father told them ‘we will come back’, will be able to tell us about it?
Unfortunately, the question is rhetorical, since they will never return.
The withdrawal sought by Joe Biden this summer was hasty and catastrophic. The Taliban‘s seizure of Kabul is a great failure for the entire West: it is not only the defeat of the United States, but also that of NATO. It is a military, political and symbolic defeat, because the 21st century began with the attacks on the Twin Towers and the Pentagon on 11 September 2001.
Afghanistan is the symbol of the West’s withdrawal from the world order and international institutions.
When the United States fled, the Taliban presented itself differently, talking of a government ready for dialogue, far from revenge and open to the rights of all. Those were nothing more than lies in the wind, and the dramatic events of the last few days demonstrate the groundlessness of their statements. The violence and the raids are just the tip of the iceberg of a regime that has nothing to do with openness and dialogue.
We have seen how the Afghan people, especially women, have overnight lost the freedoms they had secured for two decades with the support of the United States and our allies. We have witnessed the Taliban’s forced ‘marriages’ to 15-year-old girls as a cover for rape and the killing of public officials in public squares. Tens of thousands of Afghans made a final sacrifice and the psychological blow of America’s sudden withdrawal was harder even than the physical blows inflicted by the Taliban. The Taliban had a very clear solution in mind, and it will take years before the stain of 2021 can be erased.

Music, it is said, is a universal language. Scientific experiments claim to have proved this. Those who want to break universality and re-establish impassable frontiers have a first decision to make: ban music. I don’t know if a world divided into two like this has been imagined enough: singing on one side, silence on the other. How topical would be Franco Battiato‘s verses apostrophising: L’ira funesta dei profughi Afgani (The direful spring of the Afghan refugees).  It is therefore a passage from the well-known song that has thrilled entire generations from then until today. With this quotation, Battiato wanted to pay tribute to the Afghan people, who in those years were affected by the Soviet-Afghan war that began in 1919 and lasted until 1989. Wanting to immortalise the Afghan people in a song destined to live forever is a kind of message to a people that unfortunately still cannot find peace in 2021.

Ahmad Naser Sarmast, founder of a women’s orchestra in Kabul and in 2014 involved in an attack planned by the Taliban to kill him. A hero whose beauty has snatched hundreds of young people from religious fundamentalism, forced to live with a promise of death hanging over his head. He explained the reason in 2016: ” There will be no economic and social stability without investing in education, art and culture”. This perhaps explains why there is such violent censorship of music and singing. The Taliban do not want economic and social stability, they do not want a people to be formed. You can tell that there is a people because there are songs that represent them. Silencing singing (and not only singing) means silencing the most intimate expression of every man, which is a natural expression of good.
The direful spring of the Afghan refugees