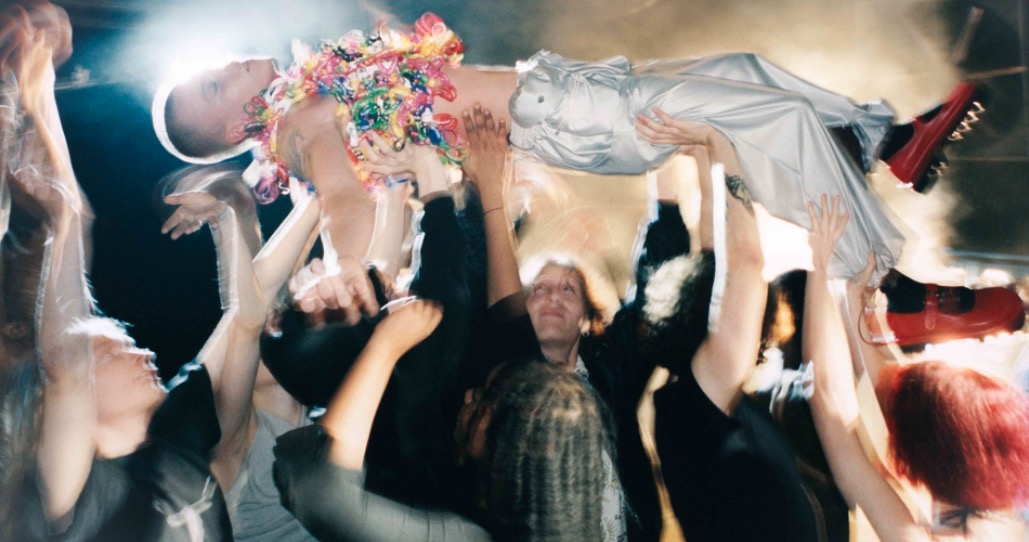 In Italy, fashion is the second most important industry, something one shouldn’t mess with. Milan Fashion Week opens with optimism, proving how designers’ willingness to take — and embrace — risks can pay off

Milan is witnessing an important reinterpretation of sartorial elegance: elegance which is incorporated in its DNA through both sporty and relaxed dictates of casualwear while giving in to luxury and beautiful couture cuts in the main items of the contemporary gentleman’s wardrobe.

From the timeless classics we inherit the finest materials, precious fabrics, extra-chic finishes and the promotion of tailoring details as paladins that can be shaped on the fashion community’s artistic inspirations and designed to match the request for a genderless notion of fashion.

The act of dressing is emotional and militant, and those who do not keep up with the latest trends are left behind: in the new stylistic codes, insiders (and soon the public) are already talking about the metaverse, Web 3.0, crypto currencies and new digital assets.

Silvia Venturini Fendi, artistic director of the men’s collection and accessories, fitted out the Via Solari headquarters with a maxi elevated and mirrored ramp in the shape of an FF, designed by the artist Nico Vascellari, on which the season’s garments took the first step in this physical-virtual revolution. The Fendi world was thus introduced into the metaverse and, to seal the intention, it offered a luxurious accessory for the Ledger Nano X — the most popular hardware wallet for cryptocurrencies and digital assets, to be hung on a bag or belt or worn around the neck with an adjustable cord.

The Italian fashion house ushered in a new generation of luxury and craftsmanship that aims to build a close exchange between the physical and virtual worlds. Starting with the tangible, the wardrobe turned totally new dandy, inspired by the beauty of the Twenties or declined with bold streetstyle interpretations, graphics and 3D digital prints.

DSQUARED2, decidedly “comfort zone” collection dedicated to an imaginary hippy hiker, a young traveller and rebel hiker who wears down jackets that could double as sleeping bags, printed bear jackets, sequined Bermuda shorts, padded waistcoats, bright kilts and has shiny backpacks on his shoulders, many of which are made in collaboration with Invicta. All in bright colours. The invitation is “Travel and travel”, and the guests are sitting on old suitcases. A good omen especially following the restrictions of the pandemic.

The title of the collection is “Ball’Era 77”, inspired by the birth of the famous “Ca’ del Liscio” in Ravenna. Dating back to 1977, the venue was a dance hall as big as a stadium, with a capacity of nearly 3,000 people. A real revolution in the system of mass entertainment.

Federico Cina, began his research by immersing himself in Gabriele Basilico’s book of photographs, published in 1978 and entitled “Dancing in Emilia”. The images travel through the countryside of Romagna, among dance floors and discotheques, to photograph the new phenomenon of mass entertainment, which was noticeably widespread in the Po Valley.

With “Ball’Era ’77”, he sanctioned the linguistic turning point towards the more pop and colourful world of Romagna, interpreting and revealing the era of dancing, where the two generations are co-present, young people and adults, girls and ladies. And they were all united by their dress: they all dressed up to go dancing and ready to play the parts envisaged by the musical script, which contemplated figures and interactions of couples that have been tested and shared.

The story of the collection focuses on colour, on the dancing harmonies of the designer’s homeland, between folklore and contemporaneity reinterpreted according to the aesthetic canons of the brand.

Matthew Williams knows Italy well, because his brand 1017 ALYX 9SM, then known by everyone as Alyx, was born and raised in Italy, between Ferrara and Milan, with the support of Slam Jam.

This, however, is the first Milan fashion show where they presented men and women’s collections together.

Compared to the deconstruction of his early days, Williams has recently focused on constructing looks by working on accumulation and layering. Clothes appeared as an impenetrable metropolitan armour, giving the wearer a severe appearance.

There was a mix of technical materials from the world of sportswear and performance apparel. Those presented to the audience during the fashion show are men who don’t want to be be found unprepared by an uncertain future. Men who are ready to face and fight what comes their way.

Domenico Dolce and Stefano Gabbana looked to the future with curiosity and stepped out of their comfort zone to continue to question themselves and seek new stimuli, experimenting with contrasts. Their 107 looks paid homage to two universes that coexist, the street style full of graffiti and music, played by the American artist Machine Gun Kelly, and the digital metaverse that transports beyond the boundaries of reality and time.

The collection had a great deal of work on volumes and proportions at its core, made even more visible by the unusual combinations of fabrics and materials, of black base and colour reversals.

Jordan Bowen and Luca Marchetto founded the brand Jordanluca four years ago, which aims to represent a counterculture. Their creative process is a holistic and instinctive catharsis that aims to study form and its design possibilities on the body. The collection presented explored everyday rituals, reflecting on anger and fragility, sex and seduction, to create something that speaks to both and equally these sides of creativity.

The autumn/winter 2022-2023 collection designed by Alessandro Sartori demonstrated that tailoring is timeless, like the long journey that has marked the company from 1910 to the present day, culminating in the listing on the New York Stock Exchange and a change of logo, where the simple name Zegna incisively and effectively opens up a new path. A path that leaves the Savoy aplomb to take shape in a precise idea of men’s wardrobe, contextualised in a register of new forms and functions and combining aesthetics with ethics and performance. The fashion show is replaced by a video that constantly turns the point of view upside down, juxtaposing spectacular outdoor settings with abstract interiors, pineal shots and close-up details, involving viewers in a visual and emotional experience that culminates in a celebration of human connection, expressed by an exclusive performance by French choreographer Sadeck Waff. A way to represent, through the brand’s new graphic sign, the company’s craftsmanship and the 160 hands that created the new collection.

In 2012, the Prada men’s fashion show for the following autumn/winter season caused a sensation because of the choice of models on the catwalk. Or rather, non-models: in their place were Willem Dafoe, Adrien Brody, Tim Roth and Gary Oldman, all cast in the role of “men of power”.

Kyle MacLachlan opens, Jeff Goldblum closes. Among them are young up-and-comers such as Louis Partridge, known for his film Enola Holmes, Filippo Scotti, fresh from his international success with Paolo Sorrentino’s The Hand of God, and Asa Butterfield from the Sex Education series.

The difference between 2012 and today is not only in the protagonists of the event, but also in the intent with which they parade: 10 years ago they represented “the power”, among high uniform jackets and embroideries, this time they have been called to interpret the normal man with his work uniforms and his daily life, which in its own way marks a turning point.

Finally, JW Anderson, the most eagerly awaited event — which was meant to make its long-anticipated debut in Milan — only happened virtually because of the pandemic. A real-life return is set to hit the Milanese calendar in June, and we can’t wait to see it.

Provocative, subversive, capable of crossing gender boundaries, experimental and sexy: what else, if not JW Anderson?

The digital fashion show was a visual clash taking the shape of a video that seemed to have been shot in an underground club, amidst clouds of smoke and darkness. The rules of masculinity were subverted, everything carried some level of surrealism, but this time among the bags there was one that stood out for its unusualness: a clutch in the shape of a pigeon that opened from the wing: a bird on the catwalk. A light and amusing game that brought a smile to our faces. And thank goodness!