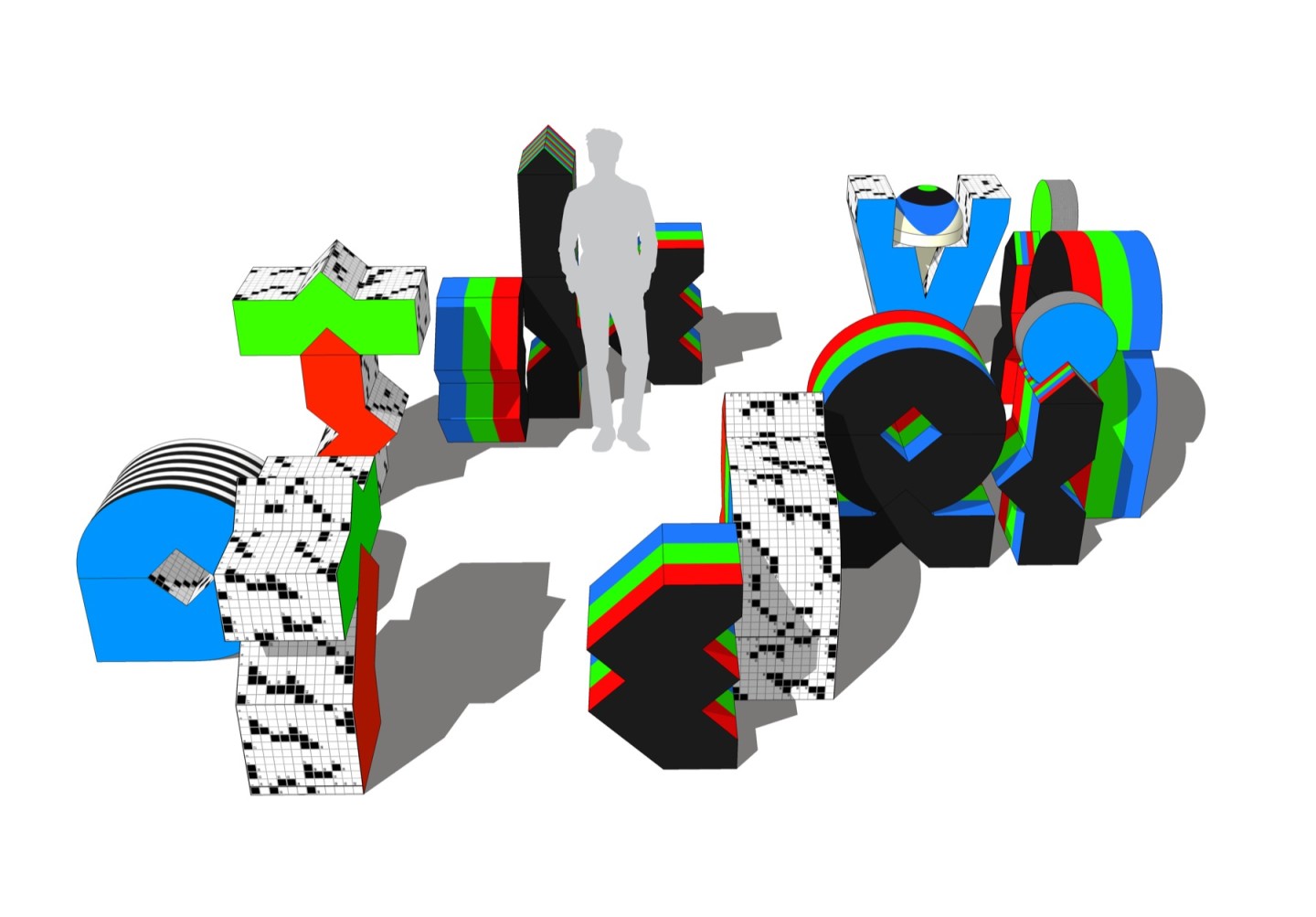 In the ’70 while TV was still in black and white and Italy was industrially and culturally flourishing and the citizens’s minds weren’t tarnished by the commercial TVs, the RAI (Italian Radio and Television) offered culturally stimulants and fulfilling programs.  In that period of time Italy lived an exciting cultural moment, rich of personalities which still today are remembered as Magister in their own disciplines.

The TV of that time proved equal, and the artist Francesco Vezzoli developed today, in collaboration with Rai, an exibhition in between individual experiences and collective narratives managing to translate the artist’s gaze into a visual experience that explores 1970s TV production. In fact Italian public TV is interpreted by the artist as a driving force for social and political change in a country in transition from the radicalness of the 1960s to the hedonism of the 1980s, as well as a powerful machine for cultural and identity creation. During that decade, Rai revised its pedagogical mission and distinguished itself for the high cultural quality of its productions, such as the collaborations with film directors Bernardo Bertolucci, Federico Fellini, Paolo and Vittorio Taviani. Divided between formal austerity and experimental vocation, 1970s television amplified the development of collective imagination into a plurality of landscapes and individual perspectives, anticipating the narratives which characterized the commercial television of the following decade. TV became a specific medium, and its shows went through a progressive transformation: they first shifted from culture to information, and subsequently from information to communication.

The design of the show, realized by M/M (Paris) – Mathias Augustyniak and Michael Amzalag – is based on the merging of spatial and temporal dimensions in a set-up which combines traditional museum exhibition standards with the screening of moving images, in alternating conditions of light and darkness.

The curator Cristina Perrella, assisted by Massimo Bernardini and Marco Senaldi, managed to mix the immaterial documents of TV images with the materiality of carefully selected paintings, sculptures and installations so the spectator can immerse and identify himself deeply into that particular cultural era and folklore. The show will develop in three separate sections, and analyze the relationships between Italian public television with visual art, politics and entertainment.

The first section, “Arte e Televisione” (Art and Television), introduced by Paesaggi TV (1970) by Mario Schifano, will reflect on the artistic employment of the TV medium.

The second section, “Politica e Televisione” (Politics and Television), will analyze the fragmentary and obsessive nature of 1970s political messages through the screening of excerpts from news programs of the time. These testify the general climate during those “Years of Lead” (anni di piombo), which were marked by state massacres, terrorist attacks, tension strategies and social protests.

The third section, “Intrattenimento e Televisione” (Entertainment and Television), will be introduced by Giosetta Fioroni’s installation La spia ottica (1968), which focuses on the female body as an object of gaze and desire for the observer, as well as an active and self- aware subject. This part of the exhibition will explore the unsteady confines between sexual liberation and the exploitation of the female body, between political affirmation and individual rebellion.

“TV 70” will come to an end at the Fondazione’s Cinema with the screening of a selection of TV excerpts edited by Vezzoli. By including the icons that marked his childhood and adolescence within the TV flow featuring different genres and styles, the artist will transform archive footage into a living substance, and his personal, intimate memory into a shared narration.

The project will be presented at Fondazione Prada in Milan from 9 May to 24 September 2017.