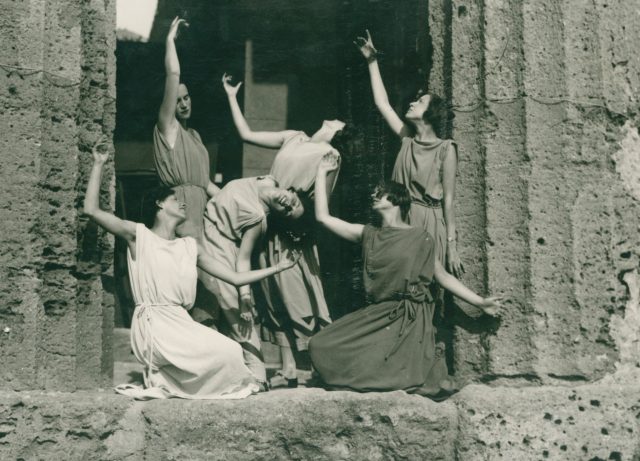 Agrigento and its Valle dei Templi are likely to embody the complexity and contradictions of the Italian landscape better than any other site within the Bel Paese. In a much remote corner of the country, few kilometers away from the southern coast of Sicily, the ancient temples, possibly the most extraordinary and best preserved remains of the civilisation of Magna Grecia in the whole of the island, are flanked by the messed-up and ramshackle city centre of the modern Agrigento.

The latter’s fame on a national scale dates back to 1966, when a bunch of brand new local skyscrapers crumbled down together with a non-negligible portion of karstic subsoil from the city’s hill. Every newspaper’s headlines were about Agrigento on that ominous 16th of July, and a deputy from the communist party, suggesting that few years of light-hearted real estate speculation might have helped in the process, was mysteriously found dead a couple of hours after he spoke in front of the Parliament. Fifty years later, on March 2017, Agrigento is once again the talk of the town, after the Valle dei Templi was awarded the first “Premio Paesaggio Italiano” (“Italian Landscape Prize”), which acknowledges the excellent outputs of the “Agri Gentium: landscape regeneration” project. This is great news, indeed, but it comes as no little surprise for most of the country’s population. In fact, the images of the building boom, outrageously threatening the valley, were still quite common on TV screens in the early years 2000 (needless to say, by that time most politicians used to dismiss 1966 as a minor unplanned event in the glorious city expansion).

While we won’t argue on the actual results of the processes of regeneration that have been activated in the meantime, a brief remark is to be expressed on the two opposite narratives focusing on the same landscape, both conveying their message through a highly strategic use of photography. Hence, whereas any old newspaper’s cover pictures the temples towards the modern city, the latter’s lame profile engulfing the entire frame and literally suffocating its precious foreground, in 2017 an army of drones dramatically reverse the viewpoint, to make room for an horizon of luxuriant countryside sloping down to the sea. Both visions are real, and both are irremediably partial, as they hide on purpose about fifty percent of the existing.

In our opinion, the Italian landscape, in Agrigento as everywhere else, deserves to be interpreted beyond any facile definitions and visual cliché, as a multifaceted and diverse overlapping of human and natural activities, which continuously needs to be designed and taken care of. That’s why we hope that the “Premio Paesaggio Italiano” will be a boost for further quality investments on the Valle dei Templi, rather than a brand which could easily reduce it to a bi-dimensional image, something that was once good for postcards and now perfectly fitting the Instagram profile of an archaeology fetishist.

EYeS OF ThE CItY