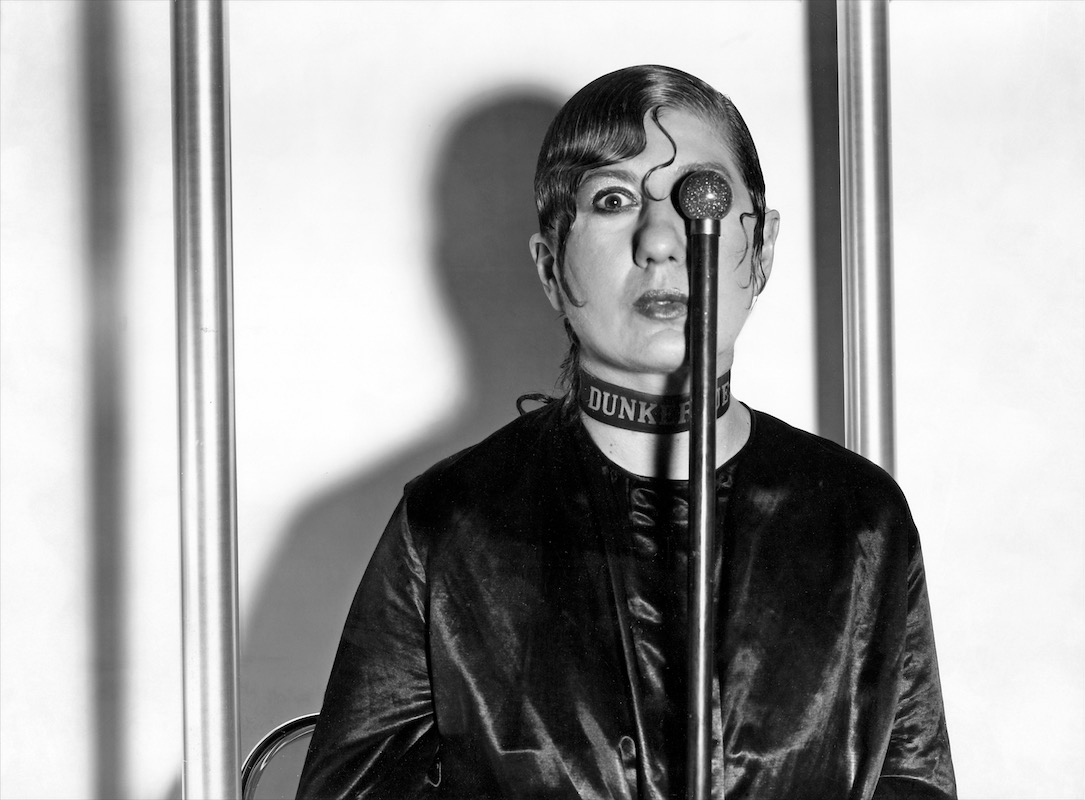 As we all know, summer is time for holidays, but it is also a time when we can peacefully read, far from the hectic daily routine. For all fashion lovers, this year a book to take under the sunshade is Ephimera. Dialogues on fashion, by Sofia Gnoli. The book stems from the series of meetings organised by the author herself in Rome between October 2019 and March 2020, which aimed to spark a dialogue around some contemporary fashion themes. The book, released this spring, follows the episodic structure of the viva voce meetings, summarising the main themes in a nutshell. It is a must-read in your suitcase and here we would like to offer you some extracts.

“Fleeting, very fast, rooted in the present, fashion is always on the verge of becoming something else, of changing its skin. It is precisely for this reason that I chose Ephimera (from epi “above”, which together with emera “day” means one day) as the title of this book, taken from the cycle of conversations of the same name that I curated in Rome at the Curia Iulia in the heart of the Roman Forum, published with the support of the Colosseum Archaeological Park and desired by the director Alfonsina Russo.

The continuous exchange between the present and the past, as well as the polymorphic nature of this discipline are also reflected in the diverse backgrounds of Ephimera’s participants. Among them are creatives, artists, scholars and journalists; each of them has explored an aspect of contemporaneity through his or her vision.

They range from fashion as a language of signs to artistic expression, without neglecting themes such as fluid identity, androgyny, dandyism or its link with cinema, literature and photography.

Here are some excerpts, divided into alphabetical headings, from the book published by Electa.”

COLOUR “It is a fundamental aspect for imagining a costume because it conceals a language, it can indicate courage, shyness or tell a social class, it is a detail on which I concentrate a lot of energy so that it conveys the psychology of the character and so that it is perfectly balanced with the colours of the scene in which the action takes place. In the film The Devil Wears Prada (2006), Meryl Streep explains to her young assistant, who is unaware of the complexity of the fashion world, the choice of the light blue jumper she is wearing: the research work that justifies the success of that colour, even for just one season, is infinite and often unaware to many.”

CREATIVITY “The creative process is mysterious, I can’t describe it, it’s a very personal thing. It’s like asking a singer how he intones his voice. Of course, the voice can be refined, it can be studied, but it is a mystery how these two strings sound one way or another. Creativity is a bit the same. Creativity is assembling, recomposing, telling, deciding that one thing is more important than another. The creative language must be found within oneself. I was lucky because at home they even encouraged me to do it. Between a fruit juice, a kick at the ball, a ride on the bike, my father would say to me: ‘look, you can do strange things, regardless of the other children’.  So sometimes we sang on the bus or walked ten kilometres because we had to go under an overpass. Let’s say that life gives a thousand possibilities. Creativity is an open space where each of us can compose the music we want.”

DANDY “The dandy can border on eccentricity without ever slipping into it. This allows him to make bold choices with serenity. Jules Barbey d’Aurevilly used to say: “The dandy makes fun of the rule, while continuing to respect it”, and the rule we are talking about is fashion.”

FASHION “Fashion has a sense of the present, wherever it lives in the wilderness of the past.”

FEMINISM “I am a child of the feminist generation, and I didn’t think it should still be talked about. Then I realised it wasn’t: the move to Paris, becoming the first woman creative director of Dior after 70 years, made me think. The astonishment I aroused (as a woman) surprised me: no one asked beyond who I was whether or not I was capable of doing that job, whereas that is what you have to ask yourself. Before then, my career path had not allowed me to get the exact picture: I was lucky enough to work at Fendi, a fantastic matriarchal family, and I had not realised that a woman who aspires to be an artist, or a creative director, does not have many references, especially if she studies in Italy and belongs to my generation. In Giulio Carlo Argan‘s History of Art there was no woman… Among designers, however, there are female references: Coco Chanel, Miuccia Prada, the Fendi ladies… But in the end they were never given a real creative role. Genius is considered masculine.”

FUR “On the Via del Corso the ladies of Tiber pass at the tired trot of the horses, stretched out in half-closed carriages, and are pale, mostly hidden by a thick veil, sunk in the softness of their furs. They greet slowly; they smile faintly; they let their heads sway with the motion of the wheels; sometimes they seem drowsy and seem to have no form under the amplitude of their cloaks. Oh, beautiful coats of otter adorned with blond beaver! The highly polished fur opens up here and there like an ear of corn, varying the same dark colour with appearances of gold. Nothing is more elegantly voluptuous than an otter’s fur that has been used for some time.”

PASTICHE “Pastiche is probably the formal principle that transforms kitsch into post-modern neo-kitsch. No longer a malfunction of taste, but the overcoming of a univocal canon in favour of a programmatic plundering of the past. An operation that, if fashion makes its own without much guilt, nevertheless introduces a scenario of critical problems that contemporary life as a whole is still struggling to manage, if not at least to interpret.”

PHOTOGRAPHY “If the 20th century was the century of fashion, photography was its scenic representation. Two different modes of narration, one tactile and the other visual, which today allow us to compare different realities. Fashion, that of the garment and its accessory, are objects that come alive with the body that codifies their form, enhances their material and defines their function, while the photographic shot documents the result. The photographer is the maker of the choice, he is the narrator, the mediator between objective reality and fiction, he enhances through signs the function of the subject with the story, he defines the roles, he enhances the dramatisation.”

POLAROID “You live visually, you must always imagine yourself as a polaroid.”

ROME “It is a laboratory of ideas, and, in its chaos, it is a city that contains infinite imagery. Indeed, perhaps it is a more fertile place for creativity precisely because not everything is so perfect. And certain contaminations make it even more stimulating.”

SEX “Fashion never gives a sex to clothes; it is only some customs officer by vocation at the frontiers of Costume who demands it.”

STAGISTA “As an intern I had Kanye West and Virgil Abloh. Above all, Kanye was very serious, very helpful. Even now, when he comes to Rome, he still comes to see us. They proposed themselves: after all, Kanye now has his own line and Virgil designs Louis Vuitton’s men’s line. There have been evenings when West would ask me: ‘Can I leave early, please?’ And I’d say: ‘But where do you have to go? And I’m like, “Where are you guys going?” And Kanye’s like, “I have a concert in L.A.” And I’m like, “But how are you gonna get back tomorrow?” And Kanye was like, “But I have my own plane, so I’ll be back in time.” A perfect intern.”

SUMMARY “Synthetically yours. Over the years, I have chosen synthesis as an expression. To ‘synthetically’ associate the fashion of the moment with ideas from the past… with photography, illustration, graphic characters. With a construction that is always different. Invented.”

TIME “Is a great inspirer, a great instigator. The past is an immense container. It’s a story told in the street, it’s an object I buy, it’s a book, it’s everything, it’s part of our today. The big mistake is to say: ‘past, woe is you’. If anything, I find ‘ancient’ those who, at all costs, want to be modern. Sometimes this term sounds more ancient than Trajan’s Column. I feel blissfully ancient. I don’t feel so vintage as to say I’m modern. If anything, I really am.”

WOMAN “It is undoubtedly a light, a glance, an invitation to happiness, and sometimes the sound of a word; but above all it is a general harmony, not only in the gesture and movement of her limbs, but also in the muslins, the veils, the broad, iridescent swathes of fabric in which she wraps herself, which are like the attributes and foundation of her divinity; in the metal and mineral that snake around her arms and neck, adding their sparks to the fire of her gazes, or tinkling sweetly in her ears.”

A rewarding read, written by an equally acclaimed author, who uses the past as fertiliser for a bright future.