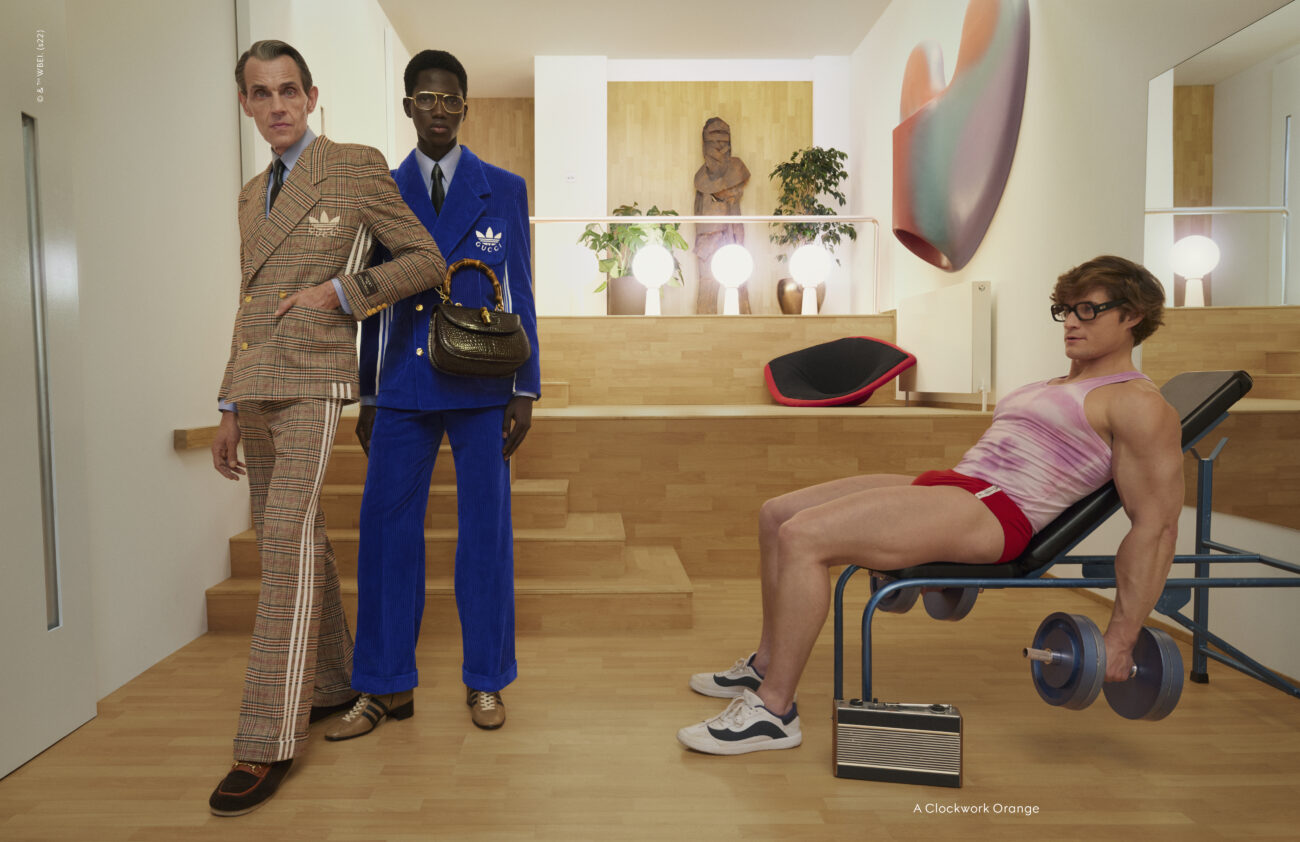 Creative Director Alessandro Michele explores the power of storytelling with his latest campaign for his Exquisite Gucci collection. Cross-genre storytelling, Alessandro Michele takes inspiration from filmmaker Stanley Kubrick, populating his work with the Exquisite Gucci designs. The result is a cinematography of the present, a score of stories that reflect the metamorphic ability of each individual

Probed by the human adventure and its drift, Gucci’s creative director Alessandro Michele presents the “Exquisite” campaign as a tribute to cinema and to one of its brightest maestros, Stanley Kubrick. Exuding to his visionary power to dig up the real and morph it into something so vertiginously imaginative and questionable, Michele holds close to the insightful meaning behind a garment. Rather promoting it as a means to who we decide to be in the world and how it helps shape our desires and our ultimate sense of staying. That being said, in typical Michele fashion, Gucci’s latest collection conveys cinematography of the present: a score of eclectic and dissonant stories that can sacralize the human and its metamorphic ability.

For Michele, Stanley Kubrick is the ultimate manifestation of a philosophic filmmaker who, better than others, emanates the magic of that inextricable knot through which cinema exudes life and magnifies it. Always charmed by Kubrick’s experimental drive that goes beyond any possible categorization, to him, every film, in fact, digests the manifold souls where dystopia meets parody, the drama becomes human comedy, horror looks like a psycho-philosophic treatise, the feeling of truth evolves into the uncanny. That perhaps not just to Michele but to many, Kubrick was, in essence, a real sculptor of genres: the “cross-genre” director ahead of his time.

So with a nod to Kubrick, Michele reinhabits his films, disassembling, grafting, and reassembling them, pushing to the core of his incendiary approach. Sticking to his creative praxis, Michele seized those movies, re-semanticizing them, populating them with Gucci clothing, in an attempt to create short circuits where the Adidas gown, which had already lost its status of sportswear becomes a Victorian costume, appearing as a new character in the script of Barry Lyndon.

The dress designed by Laura Whitcomb, wearing which Madonna grabbed the New York spotlight in the nineties, fits in the gothic scenes of The Shining, the 1980 adaptation of Stephen King’s 1977 novel.

Another moment from The Shinning is this scene of Danny playing in the Overlook’s hallway, which is lined with a now iconic hexagonal design pattern. It’s hard to see in the photo itself, but the Danny Torrance stand-in is even wearing the Apollo sweater that Danny Lloyd wears in the movie.

The mysterious darkness of the enigmatic ritual of Eyes Wide Shut embraces a venus in fur, embellished with sensual bourgeois pearls.

And more, the 90s shoes with a fetish flavor explode through the frames of A Clockwork Orange.

Alex and his droogs in the Korova milkbar, where they severe milk plus, milk plus vellocet or synthemesc or drencrom, which is what they were drinking before embarking on a bit of the old ultra-violence. Later they would return to the same location feeling a bit bagged, fagged, and fashed, for it had been an evening of some small energy expenditure.

Finally, the dreamiest evening dress dangled in soft tulle ruches bursts into the aseptic and dystopian space of the Discovery One in 2001: A Space Odyssey which was released in 1968, when people thought that by the 21st century, we’d have advanced technologically wise to be capable of deep space travel and artificial intelligence. The film also provides evidence that it’s a good thing we haven’t made the latter yet.

This situationist game mixes historical plans, references, and experiences. The past explodes into the present. Everything can become anything or something else. As in that famous scene of Kubrick’s masterpiece, where the bone turns into a spaceship. As in life.

Alessandro shared, “This involvement generates a change of state is very significant for my job: clothes get closer to bare life again. They turn into highly imaginative functional prostheses, and they do so to tell a story. A story that shatters enchants, tortures, ignites and also Milena Canonero, a very dear friend of mine, who accepted my invitation to go back over some of the scenes that hailed her as undisputed star in the history of costume design. Her presence in this project is moving for me, a very precious gift.”

gUCCI aRIA: A jUBILEE oF bREATH